Indian Mascots off the Reservation and Back in the Spotlight

A painted face with symbols of war. A feathered headdress worn for sacred ceremonies. The steady beat of a leather drum. A brave giving a war cry. A garment worn to show affiliation. As thousands of fans visit their teams’ stadiums they witness vendors selling team gear, savory treats from carts, and protesters. Opposition to the honorary titles of the redskins, the Indians, the savages.

On Monday, March 23, 2015, the Colorado State legislature introduced House Bill 15-1165, which confronts the issue of Native American mascots in the state’s high schools. Under the bill, any public school that uses a Native American Indian mascot would need permission from a panel created by the state’s Commission on Indian Affairs for its continued use of the mascot. The controversy surrounding Indian mascots is nothing new, however. The modern millennial generation that is known for political correctness is not the first generation to take issue with Indian mascots.

History of the Debate

In the early 1970s, Marlon Brando used the Academy Awards as a forum for Native American rights, which resulted in colleges such as Stanford and Dartmouth voluntarily changing their mascots from the “Indians.” In the decades that have followed many high schools, colleges, and professional teams in varying sports have elected to remove Indian imagery and names from their mascots. However, many teams have chosen to retain an image or a reference to Indians in their mascot, where the most notably is the NFL’s Washington Redskins.

The use of Native American heritage as a mascot presents a social issue. The issue is a team’s Indian mascot, in both name and imagery, promote prejudice, racism, and misunderstanding regarding Native Americans. Therefore, the teams that retain references to Native Americans, such as “Redskins,” “Indians,” or “Savages” promote the belief that Native Americans are primitive individuals with painted faces, whose cultural and religious imagery do not need or have to be respected. Such belief contributes to the myriad of other problems that Native American communities and people face.

In order to confront the use of Native American heritage in professional sports, several guidelines and legal theories have been created to address this social issue. In 2005, the NCAA Executive Committee issued guidelines for Native American mascots. The guidelines, which took effect in 2006, prohibited a member school from participating in post-season competition if the school used “hostile or abusive” racial, ethnic, or national origin mascots, nicknames, or imagery.

In 1992, a group of Native Americans filed a petition to cancel the copyright registration of the Washington Redskins under Section 2(a) of the Trademark Act. The argument was based on the idea that the Redskins name was disparaging to Native Americans. On appeal, the District Court for the District of Columbia determined that the doctrine of laches precluded the complaint.

The Colorado State legislature confronted the issue of Native American mascots in the state’s high schools when it introduced HB 15-1165. Under the bill any public school that uses a Native American Indian mascot would need to get permission from a panel set up by the state’s Commission on Indian Affairs for the continued use of the mascot. If the school is denied continued use of their Indian based mascot, it could be subject to a fine of $25,000 for each month the school fails to comply with the state’s Commission on Indian Affairs.

The bill’s sponsor, Rep. Joe Salazar, said the purpose, “is to empower the American Indian community to make a decision themselves, as to what is or is not derogatory.” Opponents to the bill agree that Indian mascots should not be derogatory or offensive. John Sampson, vice president of Strasburg School District 31J, said the mascots are not meant to be offensive and the bill “acts to diminish local school board control over school issues, smacks of governmental control over-reach and is a waste of tax payer funds.”

The Native American mascot controversy started long ago and is likely not going to be resolved soon. The objection to the bill by Sampson is a common argument made by those who want to maintain the tradition of Indian mascots. While the Colorado state bill tackles the issue on a local level, those who support or object to Indian mascots are still concerned about whose point of view will ultimately determine whether or not the tradition of Indian mascots will continue.

Ammon Orr is a 2L at the Sandra Day O’Connor College of Law at Arizona State University. He is an associate editor for the Sports & Entertainment Law Journal and a board member for the Native American Law Student Association (NALSA) 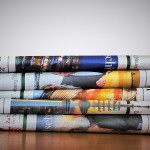 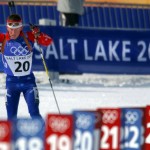