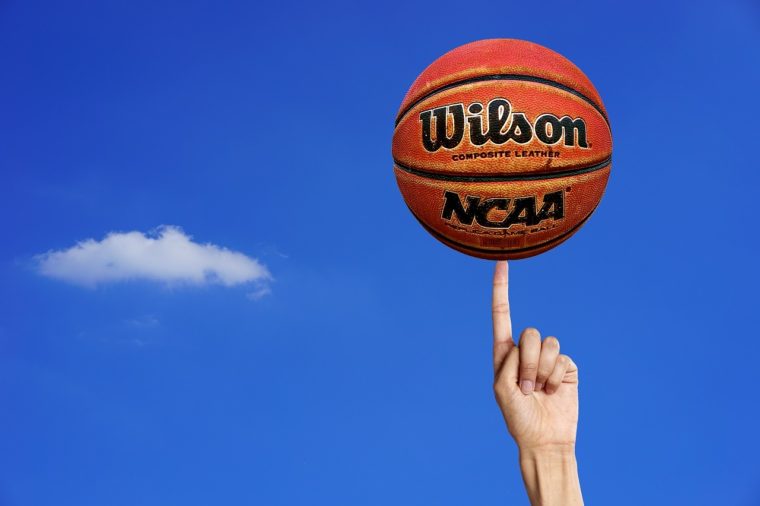 Can the NCAA keep its players from competing for cash?

Amateurism and Antitrust: Can the NCAA keep its players from competing for cash?

Sports junkies love to hate the NCAA.  Some fans have a problem with the NCAA’s one-billion in revenues.[1]  Others hate the NCAA’s arbitrary, often non-sensical rules.[2]  Most complaints against the NCAA revolve around their ability to profit while prohibiting players to make money for their skills and talents.  Around 35% of sports fans want to see college athletes paid beyond the standard tuition and cost-of-living scholarships.[3]  Unsurprisingly, the players want to get paid as well.

Various college athletes have sued the NCAA under section 1 of the Sherman Act.[5]  The athletes allege capping compensation is anticompetitive and violative of the Sherman Act’s ban on restrains on trade.[6]  The court has already determined that capping compensation is a restraint on trade with anticompetitive effects on the NCAA’s market.[7]  This restraint is legal, however, if the NCAA can show that these restraints provide procompetitive effects—meaning they will help maintain competitiveness in the overall market.[8]  If the NCAA meets this burden, plaintiffs will have a chance to refute the NCAA’s claims by showing there are less restrictive ways to achieve the same goal.[9]

Court decisions have recently led to major changes in college sports.  In O’Bannon, a court held allowing students to receive scholarships in excess of mere tuition would be a less restrictive means of protecting competitiveness in college sports.[10]  This decision resulted in scholarship athletes’ stipends including the full cost of attendance.[11]  This opened the doors for colleges to pay for food and housing for the athletes.

The main question for the Court to resolve is whether paying players a salary will injure the competitiveness of college sports.  Both sides rely on the testimony of experts and sports economists to make their case.[12]  Plaintiffs argue colleges are already competing for players by shelling out tons of cash.[13]  Elite athletic programs build new locker rooms, facilities, and even nap rooms to lure the top high school players to their programs.[14]  Because athletes are persuaded by shiny and new facilities, plaintiffs say we should already see the bad effects of money in sports, if they existed.  The NCAA argues the schism between large, cash-flush programs and all the other programs will widen if money becomes a bigger part of college sports, leaving many universities unable to compete for top players like they do now.[15]  Today, schools can compete for players by offering them a good education.  Educating individuals is the principal goal for universities, so universities fulfill their goals while simultaneously increasing their value to sports prospects.  Paying players may take academics out of the equation.  Schools might be forced to choose between paying athletes or becoming better educators.

The District Court of Northern California will have to decide which experts to believe.  The outcome of the case will rely on which economists make the best case for how paying athletes will hurt college athletics or not.  The NCAA is optimistic the Court will decide in their favor because O’Bannon already considered this issue and stopped short of guaranteeing pay to players.[16]  The unique characteristics of college sports will likely make the NCAA’s argument more persuasive to the courts and might win the case for the NCAA.  In conclusion, the lynchpin of the case is the Court’s treatment of expert testimony.  If the Court believes paying players will hurt the college athletics market, the NCAA is halfway to winning the case.  If the NCAA’s experts can further show that there is no other way to preserve competitiveness, the NCAA will win.  A ruling for the NCAA will essentially maintain the status quo for the NCAA and amateurism.  However, the issue of paying players will probably not die easily.  Attorneys and players will surely go back to the drawing board to devise a new game plan against the NCAA.

[2] Schools may give students a bagel as a snack, but once they include cream cheese, the bagel becomes a meal and violates NCAA rules.  This rule has now changed.  Holly Anderson, Seeds of change in NCAA bagel regulation, Sports Illustrated (Oct. 7, 2018, 9:45 PM), https://www.si.com/college-football/campus-union/2013/01/18/seismic-shift-in-ncaa-bagel-regulation

[3] Q: Do you think that college football and basketball players deserve to be paid in addition to receiving scholarships based on how much money they generate for universities, or do you think scholarships are adequate compensation? Washington Post (Oct. 7, 2018, 10:50 PM), https://www.washingtonpost.com/page/2010-2019/WashingtonPost/2017/09/14/National-Politics/Polling/question_19072.xml?uuid=skYpBJlcEeevamVVyq643A#

[11] “Cost-of-Attendance” scholarships include money for books, housing, transportation, and other educational expenses. 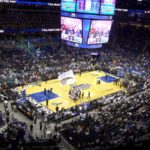