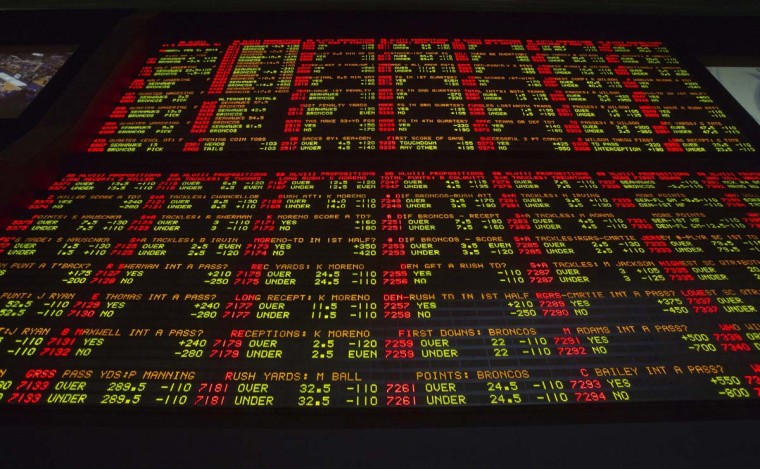 Newly-christened NBA Commissioner Adam Silver stated in September, “It’s inevitable that, if all these states are broke, that there will be legalized sports betting in more states than Nevada, and we will ultimately participate in that.” Mason Levinson & Scott Soshnick, NBA’s Silver Says Legal Sports Gambling in U.S. Is Inevitable, Bloomberg.com, Sep 4, 2014.

Sports betting in the United States has become a divisive subject in recent years, partially due to the incredible revenue potential it carries. Online sports betting in the U.S. nearly tripled from 2001 to 2005, resulting in revenues upwards of $4.2 billion. Fact Sheets, Am. Gaming Ass’n, June 30, 2012. The federal government has effectively outlawed sports gambling through the creation of the Professional and Amateur Sports Protection Act of 1992 (PASPA), with the only exception being for states that already had legalized gambling when PASPA was enacted (Delaware, Nevada, Montana, and Oregon). Certain states not within the exception are eager to take advantage of this cash cow to help balance their budgets.

Silver’s statement is significant because, other than the federal government, the professional sports leagues of America have provided the most active opposition to states’ legalizing sports betting. Some speculate that this opposition is because it may put the integrity of the games in jeopardy, while others believe the leagues would only approve legislation that involved the leagues receiving a cut of those profits. (For an outline of these arguments, see Danny Cevallos, Hypocrisy of Sports Gambling Foes, CNN.com, Sept. 22, 2014.) The state of New Jersey found out first-hand about the professional sports community’s response when it attempted to add sports betting to its already robust gaming options.

New Jersey enacted legislation in January 2012 that enabled its horse racetracks and casinos to also host sports betting. In response, the NFL, NBA, NHL, MLB, and NCAA sued New Jersey Gov. Chris Christie in August 2012 to prevent implementation of this sports wagering law. The U.S. District Court for the District of New Jersey decided that PASPA preempted the law and that the plaintiff leagues had standing, ultimately granting summary judgment in their favor. The case moved to the Third Circuit of the U.S. Court of Appeals. The Circuit Court concluded that the enactment of PASPA was valid under the Commerce Clause and that it did not violate state sovereignty or anti-commandeering principles. In its opinion, the Court pointed out that the true purpose of PASPA was not to effectively ban all sports gambling, but rather to end the expansion of sports gambling that was sanctioned by the State. (Read the Third Circuit’s full opinion here: http://www2.ca3.uscourts.gov/opinarch/131713p.pdf.)

This case is far from over. New Jersey and Governor Christie have recently created a new directive that is designed to fit within the Third Circuit’s reading of PASPA, which would allow New Jersey to create new sports betting legislation as long as it is not sponsored or sanctioned by the State itself. The directive allows New Jersey racetracks and casinos to start taking sports bets, with the exception of bets on teams in New Jersey. As of September 2014, Christie’s lawyers have filed a motion for clarification on whether sports gambling is permissible when it is not sanctioned or sponsored by the State.

Does our future follow Adam Silver’s prognostication and involve sports gambling being legal nationwide? This could result in huge boosts of revenue for the states that choose to participate, or it could result in a drastic increase in debt created by degenerate gambling. Or, are we going to see the door slammed shut on sports gambling in this country for another 20 years, as it was when PASPA was passed? Our eyes turn to Jersey and its shores once again to see how this all turns out.

Ryan Osugi is a 2L at Arizona State University Sandra Day O’Connor College of Law. He is an associate editor for the Sports & Entertainment Law Journal. 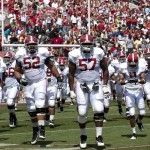 Next article - Feminism, the First Amendment, and #Gamergate »