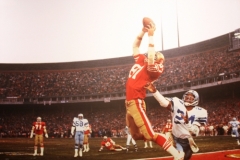 It’s Sunday, the fifth day of February 2017. There’s no National holiday, but family and friends all over the country prepare to spend the afternoon together for a common purpose – a winner-take-all game between the best two teams the National Football League (NFL) has to offer.[1] After fifty-one years the Super Bowl has become a staple point of American tradition. Not only are people across the country tuning into the game, the Super Bowl has become a global event.[2] With such a large audience comes the opportunity for revenue, and when money is involved, there’s always legal issues implicated. Because this is a simple blog, I will only be able to give a brief overview of the many legal issues that arise due to the Super Bowl.

The product of a legal instrument, the first Super Bowl was played on January 15th, 1967.[3] As a term of the merger agreement between the AFC and NFC specified, the two were to play a championship game the following year.[4] At first, the Super Bowl was not the successful event it is today and, in fact, it didn’t even sell out.[5] Today, the Super Bowl is the most watched spectacle on television every year, and all-in-all over $15.5 billion dollars will be spent in relation to the big game.[6]

So, where’s the money coming from?

Well, there are the ads. Super Bowl advertisements are one of the defining characteristics of Super Bowl Sunday. Businesses do not hesitate to pay the enormous expense of airing a 30-second ad slot that will be seen by the largest audience television has to offer. For example, this year the average cost to purchase a 30-second time slot was around $5 million dollars.[7] And no, that’s not a typo. Incredibly, Super Bowl LI was the first time in 51 years that the big game ran into overtime.[8] Overtime meant that Fox, the network that aired the Super Bowl this year, was able to make their profits go into overdrive.[9] In addition to fans scoring some extra game-time, the network was able to score bonus profits.[10] All-in-all Fox generated an incredible $509.6 million during the game.[11]

How about attending the Big game?  Just for a ticket, you better be ready to fork up at least $2,700.[12] The price for a ticket on the 50-yard line is a whopping $9,000.[13] With such high prices, there’s a reason third-party companies are flocking to be the one that re-sell these tickets. For example, StubHub is a company that allows ticket owners to sell their tickets via an online portal.[14] However, with any online transaction comes the chance for abuse, and many issues may be implicated.[15]

The money isn’t limited to businesses affiliated with the NFL. You can bet on the NFL always getting their “fair” share of the money. That being said, the players and coaches certainly have an incentive to play in the Super Bowl.[16] The NFL has highly complex contracts that are filled with incentives, options, and other performance bonuses. [17]For example, each player on the winning team will take home $107,000, and each loser will still receive $53,000.[18]

Let’s not forget Houston, Texas, the city that hosted Super Bowl LI. Houston had the potential to have over $500 million flow through its’ economy.[19] The money comes primarily from tourism revenue in the form of lodging, special events, and other entertainment.[20] Regardless of the final number, the prospect of a city cashing in on the event draws cities through the nation to bid for the Super Bowl every year.[21]

Any large spectacle, like the Super Bowl, draws the potential for illegal enterprises. The big culprit is illegal gambling.[22] The American Gambling Association (AGA) estimated that approximately $4.5 billion dollars of illegal bets would be placed on the Big game.[23] Gambling is generally illegal in the United States due to The Professional and Amateur Sports Protection Act that was enacted in 1992.[24] Shockingly, in Nevada, where gambling is legal, it is estimated that only $132 million was bet legally.[25]

The Super Bowl is a fantastic spectacle and perhaps the best example of how sports, law, and business can be efficiently integrated to maximize all parties’ profitability. It will be exciting to see how the Super Bowl landscape evolves in the upcoming years.

[12] Will Brinson, Want 2017 Super Bowl tickets? From the cheap seats to the absurdly expensive, CBS Sports (Feb. 5, 2017), http://www.cbssports.com/nfl/news/want-2017-super-bowl-tickets-from-the-cheap-seats-to-the-absurdly-expensive/. The cheapest ticket available for resale is $2,700. 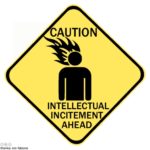 - Previous article « The Blurred Line Between Advocacy and Incitement 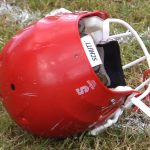