Rodger Goodell and the 32 NFL team owners are not the most likeable figures in professional sports. These men have not exactly handled recent issues such as lockouts, controversy over chronic traumatic encephalopathy (CTE) research, or even replacement referees with grace. However, following a recent ruling by a state judge in Missouri, Goodell and one of those owners may face a reckoning.

In 2017, the city of St. Louis, St. Louis County, and the St. Louis Regional Convention and Sports Complex Authority filed a lawsuit against the National Football League, the Los Angeles Rams, and their team owner, Stan Kroenke, claiming that the NFL broke its own rules in relocating the Rams to Los Angeles.[1] The complaint alleges breach of contract, unjust enrichment, fraudulent misrepresentation, and tortious interference causing significant financial losses.[2] Despite a considerable advantage in resources, the NFL has been unsuccessful in attempting to compel arbitration, remove the lawsuit to California, and dismiss the suit.[3] On  September 13th the NFL’s motion to dismiss was denied. This denial sets the stage for the parties to proceed to trial in January of 2022, ironically when the Super Bowl is set to be played at the Sofi Stadium in Los Angeles, the Rams new home.[4]

The suit claims Kroenke intended to relocate the team to Los Angeles as soon as he bought it in 2010 and then he manipulated the NFL Relocation Policy to achieve this goal.[5] The NFL Relocation Policy obligates clubs to “work diligently and in good faith to obtain and to maintain suitable stadium facilities in their home territories, and to operate in a manner that maximizes fan support in their current home community.”[6] The policy further limits the circumstances allowing for relocation by requiring written notice from a franchise which includes a statement of reasons supporting the transfer and addressing each factor in the relocation policy.[7] This triggers a vote from the other members of the NFL during which they must consider how these factors affect a proposed move.[8] The plaintiffs allege that none of these steps were taken in good faith, and that Kroenke repeatedly made false statements to the city of St. Louis in order to induce them into spending $400 million on renovating their existing stadium and developing a new one.[9]

To support these claims, the plaintiffs point to facts such as Kroenke inspecting the future site of Sofi Stadium in 2013 and buying the land in 2014, despite not requesting a transfer until January 2016.[10] The city also claims that both Kroenke and the Chief Operating Officer for the Rams, Kevin Demoff, repeatedly told the city that the purchase was not for a football stadium and that the Rams had no plans of moving.[11] The former head coach of the Rams, Jeff Fisher, also admitted that he was made aware during his interview process for the position in January of 2012 that the Rams planned to move to Los Angeles.[12] The lawsuit even claims that Jerry Jones, owner of the Dallas Cowboys, conspired with Kroenke to develop a plan to relocate the Rams to Los Angeles and convince the other member-teams to approve the relocation.[13] Without knowledge of these plans, and with reliance on the statements of the Rams organization, the city raised taxes to pay for a new playing surface and three new scoreboards in their arena in St. Louis along with hiring contractors to develop plans for a new stadium.[14] NFL personnel continued to meet with the representatives of the city of St. Louis as late as 2015 regarding progress reports for the proposed new stadium.[15]

By denying the motion to dismiss, the court in Missouri found all the allegations plausible if the underlying facts were found to be true.[16] By moving to Los Angeles, the value of the Rams did increase by nearly $700 million in one year, eventually doubling to $2.9 billion by 2016.[17] It is not difficult to see a likely motive behind the allegations. However, this may prove to have been a costly move as the city of St. Louis is asking for over $1 billion in damages, citing the $550 million relocation fee paid to the other NFL owners and the estimated increase in value of the Rams.[18] The trial judge is taking this figure seriously as he ordered the defendants to turn over financial documents by September 28th to properly assess damages at trial and warned them of a $1,000 per day fine if they don’t comply.[19] Kroenke and five other NFL team owners have petitioned the Missouri Supreme Court to block the judge’s order.[20]

If the parties do not settle prior to trial in January, then Roger Goodell and some of the most powerful men in the NFL will be answering depositions, and potentially taking the witness stand, to answer for the nature of the relocation. If that were to occur, the NFL would experience a stern reminder of John Adams’ famous assertion, that the United States is “a government of laws, and not of men.”[21] 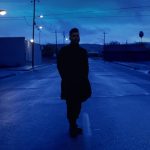 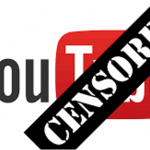 Next article - Is Censorship Worth It? »