VULGAR, IMMORAL, AND SCANDALOUS (BUT NOT DISPARAGING)

“FUCT” is a streetwear clothing line created by graphic designer Erik Brunetti in the early 1990’s.[1] Mr. Brunetti’s work is heavily influenced by the punk scene, graffiti bombers, skateboard culture, and a general “in-your-face” aesthetic.[2] This provocative style also has roots in Mr. Brunetti’s civil libertarian views on free speech. In an interview with GQ Magazine, Mr. Brunetti declared that “all speech is free speech” and part of the “FUCT” trademark’s success in underground clothing scenes is its deliberate subversion of social norms.”[3]

However, the “FUCT” mark has also been adopted by others without Mr. Brunetti’s consent.[4] Concerned with fake “FUCT” products, Mr. Brunetti sought a federal trademark registration with the United States Patent and Trademark Office (“PTO”) in 2011.[5] The status of that registration will ultimately be decided by the United States Supreme Court.[6]

Initially, the “FUCT” mark was rejected by a trademark examiner based on the federal trademark statute’s discretionary bar on registering marks comprising “immoral” or “scandalous” matters.[7] The Trademark Trial and Appeal Board (“TTAB”) affirmed the examiner’s rejection in 2014.[8] According to the TTAB, demonstrating that a mark is “vulgar” provides sufficient reason for inferring the mark is “scandalous.” In part, this is because the TTAB and trademark examiner held all vulgarities fall into the constitutionally unprotected category of obscenity.[9] The examiner relied on several dictionaries, including Urban Dictionary, to demonstrate “FUCT” is a vulgar and “extremely offensive” term.[10] The TTAB accepted that “FUCT” is vulgar and therefore a “scandalous” mark that the PTO can justifiably reject for trademark registration.[11]

The TTAB decision went so far as to describe Mr. Brunetti’s aesthetic as “one of extreme nihilism” that displays “an unending succession of anti-social imagery of executions, despair, violent and bloody scenes including dismemberment, hellacious or apocalyptic events, and dozens of examples of other imagery lacking in taste . . . .”[12] Additionally, the TTAB lumped their rejection of Mr. Brunetti’s application with other unsuccessful marks such as “BULLSHIT” and “AWSHIT WORKS.” There was no sympathy from either the examiner or the TTAB.

While the Federal Circuit agreed with the TTAB that “FUCT” is vulgar, the court rejected the proposition that all vulgarities are obscene.[15] To be sure, the court held all obscene marks would be vulgar and therefore “scandalous.”[16] However, not all vulgarities are obscene. After all, “[t]here are countless songs with vulgar lyrics, blasphemous images, scandalous books and paintings, all of which are protected under federal [copyright] law.”[17] In addition, the court held the PTO’s failure to offer a “substantial government interest for policing offensive speech” meant the TTAB decision cannot survive intermediate scrutiny.[18] Accordingly, the court held the trademark statute’s discretionary ban on “immoral” and “scandalous” marks violated the Free Speech Clause.[19]

Mr. Brunetti’s success at the Federal Circuit would likely have been impossible but for the recent Supreme Court decision Matal v. Tam.[20] In Tam, the Supreme Court invalidated the trademark statute’s discretionary bar on “disparaging” marks.[21] There, a rock band named “The Slants” sought to register their name with the PTO.[22] The band’s vocalist “chose this moniker in order to ‘reclaim’ the term and drain its denigrating force as a derogatory term for Asian persons.”[23] A trademark examiner found the mark was disparaging and rejected the application.[24]

Eventually, the Federal Circuit held the trademark statute’s “disparaging” provision violated the Free Speech Clause.[25] The Supreme Court affirmed, with a plurality of Justices agreeing the Free Speech Clause invalidated the “disparagement” provision under intermediate scrutiny.[26] Another four justices held the “disparagement” provision constituted viewpoint discrimination and was therefore subject to strict scrutiny.[27] Regardless of the proper level of scrutiny, no Justice found the provision constitutional.[28] Following Tam, the Federal Circuit requested additional briefing during Mr. Brunetti’s appeal of his “FUCT” mark.[29]

Both the PTO and Mr. Brunetti wanted the Supreme Court to review the Federal Circuit’s Free Speech Clause decision on the trademark statute’s “immoral” and “scandalous” provisions.[30] While the PTO is forced to acknowledge the “disparaging” provision’s invalidation, it nonetheless holds Tam is distinguishable.[31] The PTO understands the “immoral” and “scandalous” provisions as viewpoint neutral whereas Tam involved viewpoint discrimination that consequently triggered greater scrutiny.[32] In other words, the PTO  believes it cannot bar marks simply for being “disparaging” but can ban marks if they are “vulgar,” “immoral,” or “scandalous.”

The Supreme Court granted certiorari at the beginning of 2019.[33] Soon, Mr. Brunetti’s quest to expand the boundaries of free speech may cause the PTO to protect all manner of “vulgar,” “immoral,” “scandalous,” and “disparaging” marks currently relegated to the underground. 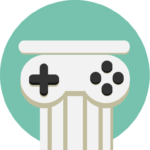 - Previous article « May I Have This Dance? 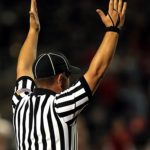