“Bottom line, the players are upset…they are uniting in a way not seen since 1994.”

When MLB player agent Brodie Van Wagenen released his manifesto on the 2017-18 offseason in early February, those words were perhaps the most cutting.[1] MLB was enduring its slowest, strangest offseason in recent memory—with a large number top players still unsigned after months of free agency.[2] For Van Wagenen to harken back to the players’ 1994 strike that ended the season prematurely was to conjure memories of baseball’s last work stoppage and one of, if not the most painful, in its history.[3] The 1994 reference made clear that something was different about this current free agency period.

Yet, more than a month after Van Wagenen’s proclamation, many top-tier free agents remain without a team. Pitchers Jake Arrieta, Lance Lynn, Alex Cobb, and Greg Holland (co-lead National League in saves) have not yet signed, and neither have position players Mike Moustakas or Jonathan Lucroy.[4] And even players who have signed deals have done so at below market value.[5] Mega-agent Scott Boras[6] and MLB Players Association Director Tony Clark[7] have suggested that owner collusion is to blame for glacial pace of the “hot stove” season.

But collusion is easy to allege and difficult to prove. This article discusses how it might be done in light of previous collusion claims.

Since 1968, MLB’s Collective Bargaining Agreement has defined collusion as “Clubs…act[ing] in concert with other Clubs,”[8] which is prohibited in the free agent market. The CBA also outlines the consequences should an arbitration panel find collusion: The impacted player(s) are entitled to treble damages[9], the costs of pursuing the collusion claim[10], and gain the option to terminate their contract.[11] If five or more clubs are found to have colluded, the Players Association has the opportunity to “reopen” the CBA.[12]

History of Collusion in MLB

The height of cooperation between clubs in the signing of free agents came during the 1980s, when three separate collusion claims were brought against the owners.[13] Commissioner Peter Ueberroth chastised owners for their spending on players, encouraging clubs to hold down the amount and length of contracts.[14] Other league officials cautioned owners to “resist the temptation to give in to unreasonable demands of experienced marginal players.”[15] In the offseasons following the 1985 and 1986 seasons, only 8 free agents signed with new teams and most signed just one-year deals; in 1987, the average player’s salary had decreased by 16 percent from the previous year despite a similar increase in league profits.[16] The 1987-88 offseason saw even more blatant collusion, as clubs were instructed to share “information about who was doing what about what players…what the status of negotiations are….”[17] Arbitrators ruled for the players in all three collusion claims, and the owners agreed to pay players $280 million in damages.[18]

The Process of Proving Collusion

While the CBA empowers an arbitration panel comprised of 1 or 3 members to hear grievances over alleged collusion, it does not specify the burden of proof required for such a finding.[19] But when the players prevailed in their collusion cases in the 1980s, they presented strong direct and circumstantial evidence of coordination: In their collusion claim for the 1986-87 offseason, players cited meeting minutes and other written notes of conversations between team and league officials (Ueberroth was alleged to have told teams to “Be honest with each other, exchange information”).[20] In the claim for the 1985-86 offseason, the players—without a solid paper trail—cited the fact that “[n]o free agent received any offers from other Clubs until his former Club declared a lack of interest in re-signing the player”; the arbitrator held that this was a strong indication of “a common understanding that no club will bid on the services of a free agent…”.[21] In the final collusion case covering the 1987-88 offseason, it was through hearing testimony by team officials that the existence of an information sharing “databank” was uncovered.[22]

If current MLB players are to prove collusion during this past offseason, they’ll have to present similar direct and/or circumstantial evidence of coordination to meet even the lowest burden of proof (preponderance of the evidence). Though it is unclear what that evidence might be or where it could come from, Van Wagenen’s statement provided one potential angle: Team officials, according to Van Wagenen, are “frustrated with the lack of funds to sign the plethora of good players available.” This supposed “lack of funds” argument does not square with MLB’s rising revenues or the payouts clubs received this offseason from the sale of BAMTech.[23] If statements from general managers and team presidents to agents and players association officials regarding this alleged lack of finds can be aggregated and presented effectively, it could become circumstantial evidence of collusion. But without a pattern of documented, consistent behavior and statements, this theory remains just that.

Other evidence of collusion during the past offseason could stem from the new CBA, which instituted harsher luxury tax penalties that have created a quasi-salary cap.[24] Teams could be working in concert to keep their payrolls under the $197M luxury tax threshold—but this is only an issue for several clubs, including the Dodgers and Yankees.[25] Still, with a potential free agent bonanza next offseason, teams may be cooperating to position themselves to spend on future free agents without owing luxury taxes. But with no “smoking gun,” this is pure conjecture.

Even parallel efforts to “tank” could form the basis of a successful collusion claim.[26] While each franchise looking to revamp surely has its own strategy (e.g., cutting payroll and playing young players), it is not inconceivable that teams have had conversations about these issues—the substance of which could aid collusion claims.

Complicating any collusion claim(s) are the existence of reasonable explanations for the slow market.[27] But the key here is the lack of strong circumstantial or direct evidence of coordination: Until such evidence can be developed, allegations of illegal cooperation are unlikely to be successful. 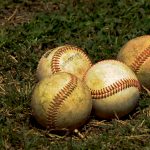 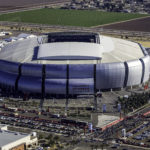