The video game company Crystal Dynamics recently released the greatly anticipated Marvel Avengers video game on September 4th, 2020. The game is currently available on Xbox One, PS4, and PC, and the Xbox Series X and PS5 will see its release during the upcoming holiday season.[1] However, the announcement of a post-launch update coming in early 2021 has been met with backlash from gamers worldwide.[2] On August 3rd, Crystal Dynamics confirmed via PlayStation’s blog that the game’s update will come with a unique, albeit exclusive, perk—the appearance of our friendly neighborhood Spider-Man.[3] The catch? This superhero will be swinging into action exclusively on Sony PlayStation platforms.[4] This divisive arrangement is one of many resulting from the long and complex history of Spider-Man’s intellectual property rights.

Comic books, films, and the characters within them are protected by intellectual property rights, most notably through copyright and trademark law. Copyright law protects original works of authorship, and trademark law protects words, phrases, symbols, and/or designs.[5] More specifically, copyrights protect storylines, characters, and graphical elements of original works, while trademarks protect the names and likenesses of the characters within these works.[6] Intellectual property rights are key to success within the entertainment world. All creations made by Marvel’s creative leader, Stan Lee, are protected by these rights. Thus, Marvel controls the stories and characters’ use while collecting revenue for their appearances in books, films, and merchandizing.[7]

Marvel is now known as a successful company in the film industry, but this has not always been the case. In fact, dating back to the late 1970s, Marvel relied on a licensing strategy in order to help cut back on expenses.[8] Licensing agreements allow two parties to build a mutually-beneficial relationship by outlining terms and conditions by which the licensee may use the licensor’s intellectual property in certain conditions.[9] Marvel licensed many of its characters including Spider-Man, the Hulk, and Wolverine, enabling other studios to use the characters in film adaptations of Marvel comics.[10] While these other studios received recognition for creating these works, Marvel still collected royalties from the intellectual property associated with the Marvel characters.[11]

The road to acquiring intellectual property rights, however, is not always straightforward. The creation of Spider-Man was an uphill battle from the very beginning. When Stan Lee originally met with Marvel’s creator and publisher, Martin Goodman, to discuss creating a new teenage superhero called Spider-Man, Goodman resisted the idea.[12] Determined to expose Spider-Man’s true potential, Stan Lee incorporated Spider-Man into the 1962 comic book Amazing Fantasy #15, the finale of a cancelled series.[13] Against all odds, the new superhero’s appearance turned the issue into a bestseller, paving way for Spider-Man’s own comic feature: The Amazing Spider-Man.[14]

Though Spider-Man’s fame grew quickly, his true success arrived with his appearance in films.[15] In 1999, Marvel licensed the Spider-Man film rights to Columbia Pictures Industries, then owned by Sony.[16] The licensing agreement included a provision requiring Sony to produce one Spider-Man movie every five years—otherwise, the rights would revert back to Marvel.[17]Sony, therefore, began releasing the original Spider-Man films starring Tobey Maguire in 2002.

Sony’s tight grasp on the Spider-Man film rights later created a conundrum for Marvel. When Marvel began producing its own films through Marvel Studios in 2008, consent from Sony was needed to incorporate Spider-Man into the new film franchise (the Marvel Cinematic Universe, or “MCU”).[18] Once the Walt Disney Company acquired Marvel at the end of 2009, Marvel began buying back interests in key Marvel properties.[19] It wasn’t until February 2015, however, that Disney/Marvel and Sony finally made a deal allowing Spider-Man to appear in Marvel Studios films and allowing Marvel Studios characters to appear in Sony’s Spider-Man films.[20 ]In 2016, Spider-Man’s first appearance in the MCU was portrayed by Tom Holland in Captain America: Civil War.[21]

Despite this long and complex battle over Spider-Man’s film rights, the current video game dispute is an entirely separate matter. In fact, Sony does not own the video game rights to Spider-Man—Marvel does.[22] Nevertheless, since Sony’s acquisition of Insomniac Games in 2019, the video game company responsible for the 2018 Marvel Spider-Man game, Sony has had access to video game resources Marvel lacks.[23] While there exists some mystery surrounding the exact details of this behind-the-scenes Disney/Marvel, Sony, and Crystal Dynamics video game deal, it appears that a temporary partnership has formed.[24] Though this web is still not quite untangled, this may signal a bright future for future Spider-Man collaborations between Disney/Marvel and Sony.

[18]Untangling the Web of Spider-Man and Intellectual Property, supra note 11. 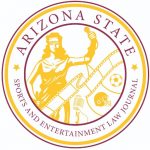 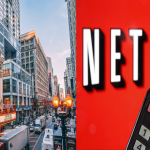 Next article - Chicago’s “Netflix Tax”– Spreading Due to COVID-19 »