Gamergate is the most polarizing issue in the gaming community at this time. For the un-initiated, Gamergate started as a movement against corruption in the videogame critic industry. (Brandon Griggs, Behind the Furor Over #Gamergate, CNN.com, , Oct. 19, 2014). The controversy and the hastag #gamergate started when game designer Zoe Quinn’s ex-boyfriend posted an article accusing her of sleeping with a Kotaku.com journalist for positive reviews. This was quickly picked up by many gamers who felt gaming critics lacked integrity either being bought off by publishers or simply rating games based off their own preferences. However, like many things on the internet, it wasn’t long before the movement was overtaken by trolls lashing out at women in the gaming industry in general. Specifically, they targeted women, like Anita Sarkeesian, who spoke out against the current default portrayal of women in videogames as stereotypes. The attacks have included everything from defamation to death threats. Brianna Wu, a female game developer, was forced to leave her home after receiving death threats that included her home address. (Beth Teitell & Callum Borchers, GamerGate anger at women all too real for gamemaker, BostonGlobe.com, Nov. 1, 2014). The Gamergate controversy has become synonymous with arguments about women’s place in videogames.

Putting aside the obvious illegality of these attacks on women in the gaming industry, and the various political, sociological, and ethical factors behind the depiction of women in videogames, it’s time to examine the legal implications of the movement’s original platform: corruption in the reviewing industry.

Are There Legal Problems When Critics Take Bribes?

Many video game critics work for reviewing companies such as Game Informer or Kotaku making commercial bribery laws applicable to them, but only a few states have laws about commercial bribery. California makes it illegal for an employee to be offered or accept money from anyone other than their employer for the purposes of influencing the use of their position for the briber’s benefit. Cal. Penal Code §641.3 (West 2010); See also, La. Rev. Stat. Ann. § 73 (West 2014). This means if some reviewers are accepting bribes from either publishers or game developers they might be subject to criminal charges for breaching their respective state’s commercial bribery statute.

However, these statutes are less (or not at all) applicable to independent game reviewers like many of those seen on Youtube such as TotalBiscuit or Jesse Cox. Being self-employed, it is not possible for them to accept a bribe contrary to their employer’s interests. However, the Federal Trade Commission (FTC) has regulations requiring disclosure of sponsorships on blogs. The agency also has a reporting procedure for those who suspect a blogger has not been disclosing sponsorships. It is possible that gamers could report suspected bribery to the FTC through these procedures. However, it would be much more difficult to prove that a game reviewer had been influenced by a “gift” from a game maker than proving a blogger failed to disclose a product sponsor.

What Can Be Done About This?

This is a difficult question to answer. Game reviews are inherently subjective so it is difficult to tell if the opinions are genuine or influenced by outside sources. Furthermore, most gamers are extremely passionate about particular games or genres. Thus, the question becomes how gamers can differentiate between legitimate claims of bribery and mere differences of opinion. Proving bribery would require near unanimous consensus that the review of a game’s quality is deliberately false and based on outside “contributions” to the reviewer. Expanding bribery legislation to cover independent contractors would be nonsensical, and FTC complaints would be difficult to prove since a primary measure of a video game’s quality is the individual player’s level of enjoyment. Perhaps the only way to avoid an argument about subjectivity, would be to find a proverbial smoking gun showing that bribery had occurred.

Possibly, the most realistic way to combat suspicion about game reviewers’ integrity is for consumers to complain to the editors of game review publications. If a large portion of the community is consistently questioning the critic’s reviews, the publication will likely act to maintain its credibility. After consistent concern about a publication’s integrity, people will stop reading it, leading to its ultimate demise. Therefore, outside of whistleblowers in the critic industry, it may be best to leave the battle in the gamers’ hands.

Chris Deatherage is a 2L at the Sandra Day O’Connor College of Law at Arizona State University. He is an associate editor for the Sports & Entertainment Law Journal. 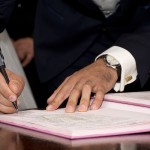 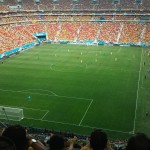