The United States has made undeniable strides in human rights and anti-discrimination efforts, but there is still much to work on. For forty-three years, Title IX has been enacted, but the glass ceiling for women remains alive and well within the sports industry. Female athletes competing at intercollegiate levels are receiving about 10 percent less in scholarship amounts than their male counterparts. And, in 2014, several female soccer players on various national teams in the Fédération Internationale de Football Association (“FIFA”), who would likely participate in the Women’s World Cup filed a gender discrimination complaint against FIFA. In their complaint, the women soccer players did not request higher earnings alike the men’s professional soccer players, but equal and safe player conditions. Frankly, equal and safe player conditions should not an issue for female athletes in 2015.

Women in Sports after Title IX

In 1999, the Ninth Circuit Court stated that the goal of Title IX was to “encourage women to participate in sports.” Moreover, as Dionne Koller of the Connecticut Law Review stated, “[t]he question then is not whether Title IX’s premise that women are entitled to equal athletic opportunity is correct, but whether the conception of equality embedded in Title IX is sufficient to reach that goal.” Before Title IX’s enactment, athletic scholarships for women athletes were rare. However, after Title IX’s enactment, opportunities for female athletes created more opportunities. For example, the Women’s Sports Foundation (“WSF”) produced research that showed women’s participation in intercollegiate sports doubled from 1971-77.  Furthermore, women in 2005-2006 accounted for 54% of their college populations and 45% of all athletic participation opportunities.  Although, female college athletes only received 45% of scholarship dollars, which is $133 million less than male college athletes. Therefore, Title IX allows female athletes more opportunity than previous, yet gender inequality within the sports industry continues to exist.

In late 2014, the most elite female soccer players filed a gender-discrimination lawsuit in the Human Rights Tribunal of Ontario against FIFA and the Canadian Soccer Association (CSA).  Although, Title IX is not applicable in this instance, the fifteen-page claim first stated:

Football is a powerful means of enabling women to fulfill their potential both in sport, and in society.  No woman should be subject to discrimination, abuse, or disadvantage because of her gender.  Football will be a leader in carrying this message to the world (emphasis added).

The quote above is simple, but offers a profound idea- that sports could be the gateway to effectuate gender equality on a larger scale. The women athletes sought a remedy that male athletes already receive in FIFA, which is the ability to play the world cup on natural grass as opposed to artificial turf. Research has shown that artificial turf is, among other things, more dangerous than natural grass. Fifty plus FIFA female players, many being international players, argued that gender inequality existed in their league alike gender inequality in the workplace. United States player, Abby Wambach led the coalition of FIFA female players, who wanted equal safety conditions during the 2015 World Cup. Upon withdrawing the complaint, amidst threats from various national teams and FIFA itself, Wambach stated:

“I am hopeful that the players’ willingness to contest the unequal playing fields — and the tremendous public support we received during the effort — marks the start of even greater activism to ensure fair treatment when it comes to women’s sports.”

Heidi Purtzer is a 2L at the Sandra Day O’Connor College of Law at Arizona State University. She is an associate editor for the Sports & Entertainment Law Journal.  In addition, Heidi would like to thank Peter Balzarini, Lance Christiansen, Jordan Wolff, and Ariel Davis for their assistance with this article. 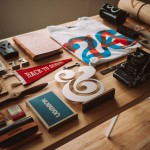