Ever hear of a team called the Golden Knights? Since 1969, the U.S. Army Parachute Team has performed under this name.[1] Now, the National Hockey League (“NHL”) has expanded from 30 teams to 31,[2] and the owner of the new team wants the same alias.[3] If you initially thought “Golden Knights” referred to the latter, you may begin to understand why the U.S. Army is less than thrilled with the idea of allowing the hockey club to share their name.

One particularly interesting facet of this ongoing narrative is that the new team is not even denying the fact that their moniker is a direct reference to the U.S. Army Parachute Team.[4] Bill Foley, the owner of the NHL’s expansion team, graduated from West Point and served in the United States Army.[5] In General Manager George McPhee’s opinion, the team name and logo are tributes to the U.S. Army and to Foley’s classmates that “he lost serving this country.”[6]

In fact, on social media, McPhee confirmed rumors that originally Foley wanted to name his team the Black Knights, but couldn’t because West Point had a vested legal interest in that name, as well as the authority and desire to prevent Foley from usurping the name.[7] Once it became clear that Foley could not (or, at least, should not) register the Black Knights trademark as his own, he thought the Golden Knights alternative was sufficiently distinct to avoid liability, and sufficiently symbolic such that he could still pay tribute to the United States Army.[8]

The Army did not share the same sentiment, and formally opposed the hockey club’s application to register their trademark.[9] On January 10, 2018, The Department of the Army filed their Notice of Opposition against Foley’s company, Black Knight Sports and Entertainment LLC, which controls the hockey team.[10]

The Army filed their opposition pursuant to 15 U.S.C. § 1063 and 37 C.F.R. §§ 2.101, 2.104(a), which collectively grant a cause of action to any party who believes it will be damaged if the United States Patent and Trademark Office were to grant another party’s application to register a trademark.[11] Here, the Army thought they would be damaged if the USPTO granted Foley’s application to register the Golden Knights mark in the following ways:

In my personal opinion, the hockey team’s mark will not cause the requisite confusion to infringe on the Army’s legal rights to the mark for two reasons. First, the potential association between the two marks in the instant case is too attenuated. Second, even if the mark is similar enough to cause confusion, the law should be extended in the context of sports mascots.

Consider the reality of the circumstances in layman’s terms. Army contends that someone is going to see the hockey team’s mark and be confused about whether or not the hockey team is endorsed by or associated in some way with a military parachute troupe based in Virginia. Furthermore, Army believes that this association will result in damages to Army.

The Army has made clear that Foley’s attempt to pay tribute to his time in the military would be a leading cause of confusion; I would argue that the same set of facts lead to the opposite conclusion. The media cited in Army’s Notice of Opposition indicates that Foley actively sought a way to pay tribute to the Army. If an actual association existed, Foley would not have to actively seek out a way to draw this connection for the public. The conversation would have an entirely different tone. Here, the dissociation between the two entities is so overtly apparent that it was challenging for Foley to pay tribute to the Army without using the same mark the Army uses for their athletic program (Black Knights). The statements made with respect to the confusion instead make it clear that the association does not exist, and that Foley wants to figure out a legal way to pay tribute to the Army that his business is otherwise not connected to. It is not likely that the Army will be able to establish a likelihood of confusion between their own governmental entities and Foley’s company that performs professional ice hockey exhibitions.

Even if confusion were a real risk, I contend that in the context of sports mascots, there should be a much higher threshold for plaintiffs to establish a prima facie case of trademark infringement against a professional sports team because of the inherent distinction between different teams and the obvious dissociative nature of each entity. The rationale for my argument is strengthened when the plaintiff is an entity not engaged in professional sports.

The Cardinals. The Giants. The Jets. The Kings. The Panthers. The Rangers. In the four major American sports alone, twelve teams share these six names. This practice is even more common when considering college mascots and other groups. In fact, Clarkson University in New York and the University of Central Florida also use the Golden Knights moniker to represent their athletic programs.[13] (Each of these entities gave the Las Vegas Golden Knights permission to share the mark.) Sharing mascot names is a common practice across sports, and confusion about association between teams is not a realistic concern. Did you think the Arizona Cardinals of the NFL have any investment in the success of the St. Louis Cardinals of the MLB, or vice versa? As such, it should be more difficult for a plaintiff to sue for misappropriation when the defendant-entity is simply picking a nickname for their team. 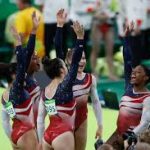 - Previous article « What Can – Or Will – The NCAA Do To Michigan State? 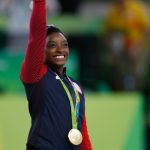 Next article - What’s Next for USA Gymnastics, Michigan State University, and the NCAA? »