“Oooooooh, who lives in a pineapple under the sea?” The infamous yellow sponge who won all of us over with his annoying laugh, overly optimistic personality, and ability to make one delicious, greasy Krabby Patty burger. SpongeBob SquarePants viewers around the world dreamed and hoped that one day this fictional restaurant would become a reality and they, too, would get to eat a Krabby Patty. Well, don’t get your hopes up about sinking your teeth into a real-life Krabby Patty burger from the Krusty Krab anytime soon. A Texas federal judge ruled this past week that a company’s creation of a restaurant called the Krusty Krab, violated Viacom’s trademark rights of the fictional fast-food burger joint famously depicted in SpongeBob SquarePants.[1]

For those of you who are not familiar with SpongeBob SquarePants because perhaps you live under a rock like SpongeBob’s best friend, Patrick Star, the cartoon show originally aired on Nickelodeon in 1999 and quickly received worldwide critical acclaim and popularity.[2] The Krusty Krab is where the main character, SpongeBob, happily worked as a fry cook, grilling up Bikini Bottom’s famous Krabby Patties, which inevitably appear as a staple in almost every episode.

In November 2015, Viacom, the company that owns SpongeBob SquarePants, learned that a Texas company, IJR Capital Investments (IJR), had applied to trademark the name “Krusty Krab” in advance of its plans to open a Krusty Krab restaurant.[3] No surprise that Viacom reacted to this news just as Mr. Krabs, the owner of the fictional Krusty Krab, would in a scene straight out of SpongeBob—could this be the present-day Plankton’s evil plan to steal the secret Krabby Patty formula?! In January 2016, Viacom filed a lawsuit against IJR claiming that they should not be allowed to use the Krusty Krab name for their restaurant because (1) Viacom had a trademark for the Krusty Krab, (2) everyone knows the Krusty Krab is from SpongeBob SquarePants, and (3) allowing them to trademark the name for the restaurant would likely cause consumer confusion.[4]

However, Viacom actually never registered “Krusty Krab” with the U.S. Patent and Trademark Office.[5]  Viacom only successfully registered a trademark for “Krabby Patties.”[6] Viacom argues that the “Krusty Krab” still deserves trademark protection because it was so closely associated with the SpongeBob brand and had been continuously used since 1999 in 166 television episodes, featured in two films, and used in other associated merchandise.[7]

A U.S. District Court judge granted Viacom’s motion for summary judgment ruling that ownership of a trademark is established by its usage in the market, not necessarily only by registration.[8] The court explained that because Viacom was the “senior user” who first used the trademark in the marketplace, they were entitled to enjoin other “junior users” from using the mark or one that is deceptively similar to it.[9]

IJR tried to argue that Viacom never registered a trademark for the “Krusty Krab” like it did for other aspects of the SpongeBob brand, and Viacom could not claim a trademark right in the name of a fictional restaurant.[10] The court quickly shot down these arguments, agreeing with Viacom that trademark protection extends to the specific ingredients (all puns intended) of a successful television series, “including symbols, design elements, and characters which the public directly associates with the plaintiff or its product.”[11] Similar to courts that previously held made-up terms and businesses like “Kryptonite” and the “Daily Planet” from Superman have a common law trademark based on their franchise usage, the “Krusty Krab” is a recurring element of SpongeBob and is worthy of that same protection.[12]

Further, the court also noted there was evidence presented that there was a strong likelihood for consumer confusion. The court held that consumers may mistakenly believe that IJR’s restaurant is an officially licensed or endorsed restaurant by Viacom and the SpongeBob brand, similar to the relationship Paramount Pictures Corporation has with Bubba Gump Shrimp Co. restaurants.[13]

SpongeBob fanatics, do not despair! The lawsuit does offer a glimmer of hope for people who want to eat at a legitimate SpongeBob-themed Krusty Krab restaurant. In making its argument for why only Viacom should be able to use the Krusty Krab name, Viacom argued that “it is within the zone of natural expansion of its businesses to operate in restaurant services.”[14] Well, maybe one day soon people will be able to eat a Krabby Patty at a real-life Krusty Krab restaurant, or as SpongeBob deems it, “The finest eating establishment ever established for eating!” 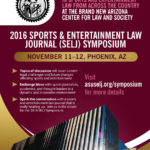 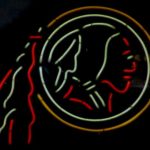