Look What You Made Taylor Swift Do

The bad blood between Taylor Swift and Ithaca holdings continues. On November 14, 2019, Swift tweeted that Scott Borchetta, who is the head of Swift’s previous label, and Scooter Braun, who owns her entire back catalog of music, wouldn’t let her perform a mashup of her hits from the last decade during the American Music Awards (AMAs), where she was to be honored as Artist of the Decade.[1] But, isn’t Swift unstoppable? Apparently not.

The conflict between Swift and the new holder of her copyright is not new.[2] Swift’s former label and owner of her previous master recordings[3], Big Machine Records, was sold to Scooter Braun’s company, Ithaca Holdings, which Swift called her “worst case scenario”.[4] Catalogues changing hands isn’t an uncommon occurrence in the music industry, but Swift already had concerns about Braun before, stating that he bullied her through some of this other clients like Kanye and Justin Beiber[5], making this particular sale particularly problematic.[6] When it comes to copyright ownership and the ownership of these record catalogues, the artist has so little control that they cannot do anything to prevent that ownership from transferring and don’t even need to be consulted about it before it happens.[7]

How can anyone have the power to tell T-Swift “no?”  The answer to that is found in copyright ownership. The rules of copyright are found in the Copyright Law of the United States, which enumerates what the copyright owner to many different types of works can do with that work.[8] Looking at musical copyright ownership, essentially, everything relating to a piece of music is covered under the Copyright Law – it empowers copyright holders to play, reproduce, sell, perform, and recreate the music[9] – and excludes others from being able to do the same. This means that once an artist has assigned their copyright to another party, they lose the ability to do anything with the music once it has been recorded and handed to the record company[ER1] [SP(2] .

While the creator of almost any content is the original copyright owner[10], these rights are almost exclusively signed over to the record company as a traditionally non-negotiable and standard term of these music contracts.[11] Given the odds of being discovered in a saturated market[12] and the lack of resources a new artist would typically have access to, accepting the terms put forth by these record companies (including handing over copyright ownership) is often the only and best option for a new artist entering the music industry hoping to make it big.[13]

While in this case, Swift was later given the ability to perform her song medley at the AMAs through a licensing agreement[14], she could have just as easily been blocked from doing so. Swift has accomplished a rare task in signing a contract with a record company that will allow her to retain the rights to her masters and can re-record her previous songs that will still be owned by Ithaca Holdings. [15] Even though this move comes with its own host of unique issues[16], it is a testament to how important artists find owning their own music and the lengths they are willing to go to in order to accomplish that. While we don’t know yet if the move will turn out to be bad, for now it feels so good.

[3] A master recording is the first recording of a song or other sound, from which all the later copies are made. See https://simple.wikipedia.org/wiki/Master_recording.

[12] Zac Locke, The New (Record) Deal, 15 ULCA Ent. L. Rev. 105, 106-07 (2008) (discussing that while the internet does increase exposure for independent artists, “[a]ny product must have money spent on it for consumers to buy it. And the artist is the label’s product. Without the artist, the label does not have a business, and without the label, a new artist cannot break through the clutter.”); see also Rory PQ, Being an Independent Artist vs. Signing to a Record Deal, Icon Collective (Jul. 29, 2019), https://iconcollective.com/independent-artist-vs-signed-artist/; see also Lynn Morrow: Does It Empower or Enslave, 3 Vand. J. Ent. L. & Prac. 40, 42 (2001).

[13] David Nelson, Free the Music: Rethinking the Role of Copyright in an Age of Digital Distribution, 78 S. Cal. L. Rev. 559, 566-67 (2005) (discussing the control the major labels have over the scarce promotional opportunities, especially radio stations, and using their power and money to play their artists’ songs and monopolize the available airtime). 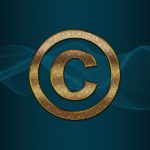 - Previous article « Do You Want It Done Fast or Right? Dangers of the CASE Act

Next article - LSU Wins the Title, but Their Next Opponent is the NCAA »