Two popular shoe brands are going toe-to-toe. In early August, New Balance Athletics filed a complaint accusing Michael Kors of infringing its famous ‘N’ design.[1] The company claims that two of Michael Kors’ shoe styles infringe New Balance’s trademarks and are likely to cause confusion and dilution.[2] The shoes made by Michael Kors, named Pippin and Olympia, are allegedly remarkably similar to New Balance’s 574 shoe design.[3] The 574 shoe model is a best seller and this year it’s expected to sell approximately 7 million pairs.[4]

The complaint alleges that Michael Kors’ designs infringe New Balance’s trade-dress rights because they cause consumers to associate them with the 574 model.[5] Not only do the designs use the letter ‘N’ but the logo is also placed in the same location on each shoe. Admittedly, it does seem odd that the Michael Kors design used an ‘N’ and not an ‘M’ or ‘MK’ which it uses on a lot of its other designs. In addition, New Balance believes that because Michael Kors is a well-known fan of their shoes, this will only add to the confusion.[6] In a past interview, Michael Kors shared that he owns over a dozen pairs of the athletic sneakers.[7] The famous designer often collaborates with other shoe brands, and the complaint stated that this will cause customers to mistakenly believe Michael Kors’ shoes are associated with the New Balance brand.[8]

New Balance has requested multiple remedies in their Complaint. First, New Balance claims Michael Kors’ infringement was intentional and the company should be enjoined from ever using the ‘N’ mark again.[9] Second,  New Balance is seeking a recall of all shoes that were manufactured, even those that have already been sold.[10] After Michael Kors provides a full refund to all the customers who already purchased the shoes, New Balance wants all the infringing products to be destroyed.[11] Additionally, New Balance also wants to be awarded damages, attorney’s fees, and any profits that Michael Kors made as a result of these shoes.[12]

It’s important to note, this isn’t the first time that New Balance has gone after another shoe company. Last year, New Balance settled a dispute with the company Nautica over similar claims that the ‘N’ logo was being copied.[13] In 2014, New Balance filed a lawsuit against Karl Lagerfeld claiming that Lagerfeld ripped off their logo by portraying a ‘K’ on his shoe in the same place as New Balance’s famous ‘N’ mark.[14] They again claimed that this similar logo would cause customer confusion and would dilute the brand.[15] A few years before that, New Balance went after Louis Vuitton in 2009, because their shoe looked strikingly similar to the 574 model and the pricier Louis Vuitton shoes would allegedly harm New Balance because customers would no longer associate the brand as being affordable.[16]

Understandably, New Balance is protective of their brand because they have had to fend off a lot of counterfeit look-alikes from overseas.[17] On one hand, it seems that they are simply defending their shoe design from other shoes that may make customers question the quality of their product. However, it’s important to have a balance because too much protection could potentially inhibit shoe designers from being creative and using other designs as inspiration. For now, it seems that New Balance is likely to prevail against Michael Kors, but we’ll just have to wait for the other shoe to drop. 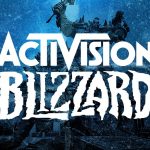 - Previous article « Harassment Culture in One of Gaming’s Biggest Studio 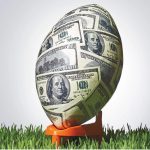 Next article - Gamble on, Arizona! It’s Time to Put Your Money Where Your Mouth Is »