World Wrestling Entertainment (WWE) has been hit with an antitrust lawsuit filed by one of its leading competitors, Major League Wrestling (MLW).[1] The suit, filed in the Northern District of California, claims that WWE has illegally used its considerable power and influence to kill major deals between MLW and third parties before they could be finalized.[2]

In the suit, MLW highlights a deal with the streaming service Tubi TV which allegedly fell apart after WWE stepped in.[3] MLW claims that a WWE executive pressured Fox to terminate the Tubi deal by threatening to pull popular WWE programs off the air.[4] Tubi is owned by Fox, which airs WWE Smackdown every Friday.[5]

MLW says that the ill-fated Tubi deal is merely one example of anticompetitive behavior on the part of Vince McMahon’s wrestling empire. The suit also claims that WWE interfered with prospective deals MLW had with Vice TV.[6] A WWE senior vice president allegedly “warned VICE to stop airing MLW programs” because WWE owner “Vince McMahon was ‘pissed’ that VICE was airing MLW content and wanted VICE to stop doing so.”[7] A Vice executive purportedly responded that the threat was a violation of antitrust law but the WWE executive allegedly persisted.[8] Vice airs WWE content, including Dark Side of the Ring, a series focusing on WWE storylines.[9]

The loss of the Tubi TV and Vice TV deals has left MLW reeling. According to its complaint, WWE’s actions “reversed the momentum [MLW] had been generating with fans, cutting off MLW’s access to a broader fan base and leading to event cancellations and delays, resulting in a 40% drop in ticket sales within weeks and a substantial decline in MLW’s valuation.”[10]

MLW filed the antitrust suit in the Northern District of California.[11] In the 19-page complaint, MLW argues that WWE unlawfully interfered with MLW’s business opportunities with respect to Tubi TV and Vice.[12] This behavior, argues MLW, constitutes a direct violation of the Sherman Antitrust Act, which prohibits anticompetitive behavior and monopolization.[13] The company is seeking an injunction to bar future interference by WWE.[14]

The issue of whether and to what extent federal antitrust law applies to WWE has rarely been litigated.[15] The reason? Most would-be WWE competitors tap out long before the fight reaches the courtroom.[16] WWE has a long history of acquiring rivals before they can present a threat. The company previously purchased competitor promotions Extreme Championship Wrestling and World Championship Wrestling only to shut them down.[17]

In a statement released after the suit was filed, WWE said it intended to “vigorously defend itself” against MLW’s claims, which, according to WWE, “have no merit.”[18] On March 15, 2022, WWE made good on its statement by filing a motion to dismiss the suit.[19] Wrestling fans and antitrust aficionados alike must now wait to see how the case plays out. 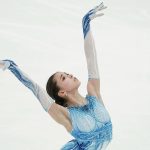 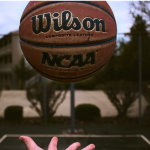 Next article - COLLEGIATE ATHLETES, NIL AND THE COLLECTIVE CONTROVERSY »