Mixed Martial Arts (“MMA”) provides an avenue for many individuals to express themselves and showcase their talents in front of large audiences.  It also provides a platform for professional fighters to represent important statements or to embody societal movements.  For instance, some scholars suggest that Mohammad Ali represented black pride and the resistance to white domination throughout his career.  Given the many benefits of participating in or supporting professional MMA fighting, it has become one of the fastest growing sports in America.  However, professional MMA fights were not always uniformly acceptable within the United States.  In 1997, the State of New York passed legislation that banned MMA fights.  Until recently, New York remained the only state to prohibit professional MMA fighting.  New York’s prohibition arguably violated protections guaranteed under the First Amendment.

In 1996, despite heavy opposition to the sport, New York became the first state to enact legislation that legalized professional MMA fights in the United States.  Ironically, a year later, on February 25, 1997, the New York legislature reversed its course and passed a bill that banned professional MMA fights.  As the MMA continued to gain popularity, other states took an opposite approach.  In 2000, New Jersey legalized MMA fighting and, by June 5, 2013, every state, with the exception of New York, had legalized professional MMA fights.  Some of New York’s lawmakers believed that MMA fights were excessively violent and reasoned that at least four MMA fighters died from injuries sustained during MMA fights between 2007 and 2014.  Ultimately, on March 22, 2016, the New York legislature re-legalized the ability to host MMA fights in New York; currently, all 50 states allow MMA fighting, albeit with added regulation.

Although the New York legislature temporarily granted relief when it overturned the New York MMA ban, it remains possible that New York or other states could reinstitute a similar ban in the future.  If this were to occur, the legal basis to challenge New York’s ban on MMA fighting could potentially rest on the First Amendment.  The First Amendment prohibits the infringement of an individual’s right of speech.  Its protections are applicable to the states through the Due Process Clause of the Fourteenth Amendment.  It is a generally recognized principle that the First Amendment prohibits the government’s interference with a person’s right to disseminate ideas and information.  Because the communication of ideas can occur through methods other than the spoken or written word, the First Amendment also protects certain actions that express ideas, which may be referred to as “expressive conduct.”  To bring a potential First Amendment claim, the plaintiff should file a declaratory action asking the court to declare MMA fighting to be a form of “expressive conduct” under the First Amendment.  For this judicial action to occur, the plaintiff’s complaint must sufficiently prove that MMA fighting constitutes conduct that: (1) conveys a message; and (2) that the message is reasonably understood by the public.  To do so, a plaintiff must draw the court’s attention to both the important role that fighting has played in the development of American culture, as well as the messages each fighter intends to send or portray each time they enter the ring to fight–like Muhammad Ali.  If such allegations are included in a complaint, it is likely that courts will find that state bans on MMA fighting censors a fighter’s ability to express themselves.  Ultimately, the courts should come to the inevitable conclusion that state bans on MMA fights infringe upon a person’s right to engage in “expressive conduct”  protected under the First Amendment.

Iulia Taranu is a rising 3L at the Sandra Day O’Connor College of Law at Arizona State University. She is an associate editor for the Sports & Entertainment Law Journal. 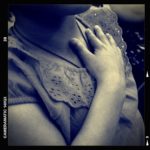 Next article - When Sitting Speaks »