THE LIV-PGA DISPUTE HEATS UP

The PGA has some unwelcome competition. LIV Golf, funded by Saudi Arabia’s Private Investment Fund,[1] launched a new golf tour in June, 2022 with the first of eight tournaments it scheduled for the year.[2] Less than thirty minutes after seventeen current and former PGA members teed off at the tournament, the PGA announced that any of its current or former members who participate in a LIV event will be suspended indefinitely.[3] In response, Phil Mickelson and ten other golfers sued the PGA on August 3, 2022, alleging improper suspension by the PGA and anticompetitive behavior against LIV Golf.[4] Although only three golfers remain parties to the suit, LIV formally joined on August 27.[5] On September 28, 2022, the PGA countersued, accusing LIV Golf of anticompetitive behavior.[6] The trial is set to begin on January 8, 2024.[7]

The Plaintiff’s cause of action arises under Sections 1 and 2 of the Sherman Antitrust Act.[8] Section 1 of the Sherman Antitrust Act states that “[e]very contract, combination in the form of trust or otherwise, or conspiracy, in restraint of trade or commerce among the several States, or with foreign nations, is declared to be illegal.”[9] Section 2 goes on to prohibit monopolization or attempts at monopolizing any aspect of interstate trade or commerce.[10] The Plaintiffs defined the market at issue as the market for “elite professional golf services.”[11] The complaint alleges, in violation of Section 2 of the Sherman Act, that the PGA has abused its monopsony power in several ways, including by:

(1) threatening to expel and impose a lifetime ban on all players who contract with LIV Golf; (2) imposing unreasonable and anticompetitive restrictions on players’ ability to sell their independent contractor services . . . which have the effect of foreclosing competition; (3) threatening to enforce the terms of the Regulations beyond their meaning to deny players the freedom to play in competing tours; (4) enforcing the terms of the Regulations to deny Plaintiffs’ competitive opportunities; (5) threatening to harm other agencies, businesses or individuals who would otherwise work with Plaintiffs and/or LIV Golf; and (6) suspending and punishing Plaintiffs for playing in LIV Golf and supporting it . . . to prevent competition for their services, and to prevent LIV Golf from launching a competitive elite professional golf tour.”[12]

At the core of the dispute is how the PGA enforces the media rights policy included in the contracts with its members.[13] The PGA Tour sells the exclusive right to broadcast its events to a network.[14] However, because the PGA Tour is not constructed like a traditional sports league with teams and owners, they are effectively selling the broadcast rights of its members, rather than the broadcast rights of a set of teams.[15] Because the members are independent contractors, and not employees of the PGA, they have to willingly surrender these rights to the PGA.[16] They do so at the beginning of each season, signing away their exclusive media rights.[17] As a result, members must submit a “Conflicting Events Release” to the PGA, requesting a waiver from the PGA to release the media rights for a conflicting event.[18] This gives the PGA the right to refuse any member from participating in an event that conflicts with a PGA Tour event.[19]

To win, LIV Golf must show that the PGA’s actions were intended to harm or prevent competition for elite professional golf services, or that the PGA illegally attempted to retain a monopoly over elite professional golf services.[20] The PGA has not taken these claims lightly.[21] In its countersuit, the PGA accused LIV Golf of making false representations to players and leveraging signing bonuses to induce players to breach their existing contracts with the PGA.[22] The PGA went even further, suggesting the contracts between LIV Golf and its players are even more restrictive than the PGA contracts LIV Golf claims are anticompetitive.[23]

The dispute has even garnered the attention of the Department of Justice (“DOJ”).[24] Earlier this year, the DOJ began investigating whether the PGA’s actions were anticompetitive.[25] The DOJ has brought several employment-based antitrust actions in the last several years,[26] and this could be the next frontier of employment-based antitrust disputes. The exclusivity provisions in the contracts between members and tours could be an alluring target for antitrust enforcers. Regardless of the outcome, the implications are significant. Even if the PGA and LIV Golf settle their suit, the DOJ can still sue. If they do, the courts will be asked to decide what effect exclusivity agreements have on competition. It’s unclear how they would rule, but it could dramatically alter the language and structure of contracts for independent contractors.

[13] James Colgan, Why Media Rights Are at The Heart of the LIV-PGA Antitrust Lawsuit,GolfDigest (Aug. 9, 2022), https://golf.com/news/media-rights-center-liv-pga-tour-lawsuit/. 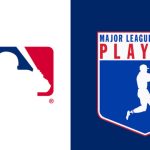 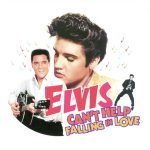 Next article - SOME THINGS ARE (NOT) MEANT TO BE: WHY SONGWRITER’S HEIRS CAN’T PROFIT OFF NEW ELVIS MOVIE »