The Patriots released Brown, but the conflict may be far from over

When the New England Patriots released Antonio Brown last month after two women accused him of sexual assault – the team acted voluntarily.[1] The National Football League “NFL” and the teams that compose it have little obligation to correct players’ off-field conduct. For years, on-lookers criticized the league for failing to punish players for their violent behavior in their personal lives. In light of the “Me Too” movement, organizations seem to be taking off-field conduct more seriously. Perhaps the Patriots dropped Brown because of the social media storm[2] surrounding the allegations, but we may never really know. The Patriots released Brown because they wanted to, but the decision may come with a hefty expense. Brown has already filed four grievances against the Patriots.[3] A grievance is essentially a formal complaint made by a player against a team or organization. There are non-injury and injury grievances – Brown’s grievances are all non-injury and related to the money he believes the Patriots still owe him.[4]

Shortly after the lawsuit[5] was reported by major news outlets, the NFL launched an investigation into the accusations against Brown. It is unclear if the Patriots or the NFL were aware of the allegations before Brown signed his contract, just three days before the lawsuit was filed.[6] However, it seems unlikely that the Patriots would sign a player with an uncertain NFL future. If the NFL were to find merit in the allegations, Brown would be subject to discipline under the NFL’s Personal Conduct Policy. [7] The policy is intended to hold players accountable for off-field behavior and generally prohibits “[c]onduct by anyone in the league that is illegal, violent, dangerous, or irresponsible puts innocent victims at risk, damages the reputation of others in the game, and undercuts public respect and support for the NFL.”[8] Later the policy explains that players subject to criminal proceedings are subject to discipline. It that even in the absence of formal criminal charges, a person may be subject to discipline under the policy for a slew of morally incorrect behavior, such as drug use or dishonesty.[9] The policy explicitly lists “[a]ssault and/or battery, including sexual assault or other sex offenses,” as conduct that may make someone subject to discipline.[10]

It notes that a first-time policy violation of sexual assault requires a minimum six-game, unpaid suspension.[11]However, the NFL will consider mitigating or aggravating factors in determining disciplinary action. The policy reserves the NFL’s right to fine, suspend or banish players from the league if they are convicted of a crime, or if an internal investigation finds evidence that a player violated the Personal Conduct Policy.[12]

The investigation was ongoing when Brown was released from the Patriots. His release followed the news that Brown sent threatening texts to one of his accusers.[13] It is unclear if this was why Brown was released, but the Patriots did not pull Brown form the roster until after news of the threats broke. The Personal Conduct Policy says “[a]ny person who directly or indirectly through others interferes in any manner with an investigation, including by retaliating or threatening to retaliate against a victim or witness, will face separate disciplinary action under this policy.”[14] However, the NFL said it was still investigating the allegations against Brown.[15] In the meantime, the NFL said Brown is a free agent and can be signed by a new team.[16] The NFL warned that Brown may eventually be subject to discipline or placed on the Commissioner’s List if the investigation finds that he violated the Personal Conduct Policy.[17] Players can be placed on the Commissioner’s List if the NFL Commissioner decides they should be temporarily exempt from the active roster.[18] Players on the Commissioner’s List typically receive their full salary but will not be permitted to play or practice with the team. The NFL Commissioner is responsible for deciding who is placed on the list, and how long they will stay there. In the meantime, the exempt player does not count against the team’s roster.[19]

At this point, Brown has only been released from the Patriots, not from the NFL. It is still unclear how much money the Patriots will owe Brown. If the NFL does not find a violation serious enough to ban Brown from the NFL, the Patriots will likely be on the hook for Brown’s contract. The team let him suit up for a game even after the lawsuit went public. However, Brown only played one game before he was released.[20] The Patriots are likely on the hook for Brown’s $9 million signing bonus because he did not commit a “forfeitable breach” as defined by the NFL’s Collective Bargaining Agreement.[21] Because of the private nature of individual player contracts, it is unclear if the Patriots will have to pay out Brown’s entire $15 million contract because he did not commit a crime that rendered him “unavailable to the team due to conduct by him that results in his incarceration.”[22] In fact, Brown’s accusers have not filed an criminal charges whatsoever – so any discipline will be discretionary.[23] However, part of Brown’s contract was leaked.[24] In the leaked material, it says Brown’s guaranteed monies may be null and void “if he takes any action that materially undermines the public’s respect for or is materially critical of, the Club, the Player’s teammates or the Club’s ownership, coaches ….”[25] Brown’s actions drew quite a bit of public attention to the Patriots. Perhaps the team felt as though the only option was to release him. In that case, maybe the Patriots can justify paying Brown for only the games he actually played. But for now, nobody really knows what the Patriots are absolutely obligated to pay for their time with Brown. 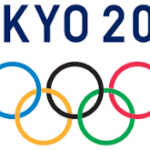 - Previous article « Legal Obligations of Host Cities: How Olympic Athletes Are Protected During the Olympic Games