TicketDisaster: How Allegations of Collusion Has Landed Ticketmaster in Hot Water

Ticket supplier and industry leader, Ticketmaster, was accused of colluding with third party ticket sellers to boost company profits.[1] This collusion was first reported by an undercover team at the Toronto Star, who have footage interviewing representatives for Ticketmaster’s resale arm at a ticketing convention in Las Vegas this past July.[2] This footage shows these representatives bragging about the company’s relationships with third party scalpers– a violation of its own terms of use.[3] The report claims that Ticketmaster’s Resale Department was actively participating and profiting by scalping tickets in third markets.[4] Scalping occurs when third party buyers buy bulk quantities of tickets, and through supply and demand, resell the tickets at a higher price to event goers.[5] Ticketmaster has publicly been very outspoken against this practice and has policies such as ticket limits per customer to fight against scalpers.[6]

Ticketmaster President, Jared Smith, has responded by saying that “We absolutely do not turn a blind eye to the misuse of our products.”[12] Smith also admitted to “not aggressively monitoring Trade Desk for violations of its terms and conditions.”[13]

While publicly criticizing scalpers (and their illegal “bot” software) while actively helping to establish a secondary market is certainly hypocritical, is it potentially inevitable? Many luxury brands use what is dubbed as the “grey market” to sell their products to wholesalers and undercut the prices of authorized dealers, the logic being, “if we can’t beat the secondary market, we should join it.”[14] Brands that have been known to use the grey market include: Gucci, Prada, Dior, Louis Vuitton and Valentino.[15] As a company that claims to have fought almost six billon bots from buying tickets in a single year, maybe they have a right to receive some cut of the action in the inevitable onslaught of the secondary market.[16] One could even argue, that this is simply supply and demand at work.

On the other hand, Ticketmaster is considered by many to be the only gatekeeper in ticket sales. By acting against their own express policies, it undermines consumer trust and delegitimizes the fan experience. If at worst they are facilitating scalpers, and at best they are just ignorant, shouldn’t they have a duty to police their accounts and remove account holders that are in clear violation of their own policies? While the legal ramifications of this report remain to be seen, it only stands to reason that, given the great prominence of Ticketmaster, some governmental intervention may be necessary. On September 29th, 2018, Senators Richard Blumenthal and Jerry Moran, who were responsible for passing the Better Online Ticket Sales (BOTS) Act, have sent an open letter to Ticketmaster asking a series of questions to determine the harm, which could possibly lead to future congressional action.[17] The letter seems to suggests that the BOTS Act, which outlaws and penalizes the use of computer bots for scalping tickets, is only the tip of the iceberg for government oversight in the industry.[18] Furthermore, a class action lawsuit has been brought by Hagens Berman, who alleges that the program is a “highly controlled black-market scheme.”[19] The proposed class extends to anyone who has bought a US ticket from a Ticketmaster reseller.[20] With litigation and possible congressional action looming on the horizon for Ticketmaster, one can expect industry leaders from all corners of the music industry to voice their opinions and ideas on how to create a better fan experience for concertgoers everywhere.

[1] Robert Cribb and Marco Chown Oved, We Went Undercover as Ticket Scalpers – and Ticketmaster Offered to Help us do Business, The Star (Sept. 19, 2018), https://www.thestar.com/news/investigations/2018/09/19/we-went-undercover-as-ticket-scalpers-and-ticketmaster-offered-to-help-us-do-business.html.

[12] Dave Brooks, Ticketmaster President Talks TradeDesk Scandal: ‘We Absolutely Do Not Turn a Blind Eye to the Misuse of Our Products,’ Billboard (Sept. 24, 2018), https://www.billboard.com/articles/business/8476697/ticketmaster-president-tradedesk-scandal-exclusive-interview.

[16] James Purtill, The Man Who Invented Ticket Bots Explains Why You Can’t Get That Gig Ticket, ABC, (Oct. 16, 2017) http://www.abc.net.au/triplej/programs/hack/ticketbot-inventor-ken-lowson-explains-scalping/9055238. 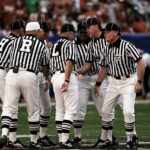 - Previous article « Roughing the Passer: Protecting the Quarterback at All Costs 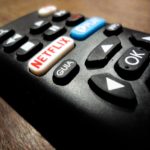 Next article - “Choose Your Own Adventure” on the Path to Genericide »