On September 4, 2018, a U.S. District Court judge in Oakland, California began a bench trial between the NCAA and a group of college athletes who want an injunction placed on NCAA amateurism rules. This trial comes shortly after the 2014 O’Bannon decision, where the court held that prohibiting student athletes from receiving compensation for the use of their likeness was anticompetitive and a violation of antitrust law. [1] However, the Court in O’Bannon held that the compensation received had to be capped at the cost of college attending, including tuition and other expenses. The O’Bannon U.S. District Judge Claudia Wilken wrote: “The association’s current rules demonstrate that, even today, the NCAA does not necessarily adhere to a single definition of amateurism.”[2] College athletes are now pushing to eradicate the amateurism rules and the O’Bannon earnings cap.[3]

The NCAA has long claimed that their success is due, in part, to the amateurism rules that have been in place since its inception. Conversely, the college athletes claim this fundamental principle that amateurism is an essential piece of the NCAA’s success is a “myth.”

The student athlete’s made the following remarks in their opening statement, “colleges and universities ask their players to vigorously compete against one another on the basketball court and on the football field. And the schools compete against one another without limitation to attract top coaches and trainers and administrators, to construct the largest stadia and the most lavish suites, and to secure the most lucrative broadcast and sponsorship and licensing agreements,” the athletes said in their opening statement.[4] Student-athletes see themselves as a part of the competition between collegiate sports programs. However, the universities rebut this claim through the idea that student-athletes are students first and athletes second. Because of this, the universities push for a clean divide between the income and revenue side and the student and education side of collegiate sports.

The athletes claim that the NCAA has alternatives to the amateurism rules. First, the NCAA could permit limits on compensation on a conference-by-conference basis, allowing students to capitalize on their likeness, image, and names if a conference’s school permits it. [5] Delegating the decision making to conferences would open up the possibility of addressing student-athletes’ concerns. However, delegating these decisions to conferences does not guarantee that they will allow for the things that student-athletes are demanding. Second, the athletes argue that the court could prohibit rules that limit income or benefits that may be tied to college attendance expenses or supplementary to playing college sports.[6] The students argue that the NCAA already engages in activity providing students with an income through their play following the O’Bannon decision and therefore cannot claim that abolishing the restrictions would not be just as effective in serving the NCAA’s purpose.[7] Specifically, the student-athletes claim that because the O’Bannon ruling allows for students to receive compensation up to the amount of their tuition it would not be a far stretch to allow unrestricted compensation.

NCAA’s Stance on the Amateurism Requirements

Strict amateurism requirements are in place for incoming students to be eligible to play in intercollegiate competition. Among these requirements is a total bar from receiving a salary from participating in athletics and receiving prize money above actual and necessary expenses. However, this was slightly altered after the O’Bannon case, as mentioned above, but is a far cry from what the student athletes are now demanding. Amateurism rules have been around since the start of the NCAA. According to the NCAA, amateur competition is a bedrock principle of the college athletics and the NCAA as an organization. Further, it is crucial to preserving an academic environment and ensuring that academics are prioritized, as these men and women are students first, athletes second.[8] Additionally, concerns have been raised that without the requirements more affluent colleges will be able to pay millions for athletes, whereas less affluent colleges will be unable to.

The NCAA raises two points in defense to the students antitrust claim and argue they can withstand antitrust scrutiny. Antitrust claims require a defendant to show procompetitive effects and the NCAA responded by claiming their rules serve two procompetitive purposes: integrating academics with athletics and preserving the popularity of the NCAA’s product by promoting its current understanding of amateurism.[9] Procompetitive purposes are defined as activity that promotes competitions in a market place.[10] Additionally, the NCAA argues that the education aspect of a student athletes time in college is paramount to collegiate sports.[11] Without the education aspect of collegiate sports, the academic mission of the college will be not be met—providing an exceptional educational experience.[12]

In their opening statement the NCAA said, “[s]ports are popular to begin with. But the attraction of college sports goes further.” “Students are attracted to the competition for their school by fellow students with whom they identify. Alumni and others with school affiliations or sympathies are attracted by seeing students compete for the schools they support. And even fans with no particular school connection are attracted by the human interest of seeing the amateur student competition.”[13]

The NCAA is attempting to support their position by claiming that collegiate sports go beyond the sport itself and has its roots deep in the school and its alumni. Essentially, that without the school pride of current and past students there will no longer be the same success in collegiate sports. However, students receiving wages could increase competition between the teams and could arguably increase audience enjoyment. School pride does not have to hinge on the actual players on field, rather it can be based on the school and having general school pride regardless of who is wearing the jersey.

Additionally, the NCAA stated, “[NCAA] fans understand that college athletes are not professionals, that while they may receive scholarships and support to attend school, they remain students playing for their schools and the love of the game, not for pay.”[14]

How Abolishing the Pay Cap Could Threaten College Sports Programs

Among these universities threatening exit is the University of Wisconsin-Madison. On September 17, the head of the university stated the sports program would be at risk if athletes are paid.[16] Chancellor of UW-Madison, Rebecca Blank, stated that her school was not in interested in professional sports, rather they are interested in student-athletes. [17] This statement followed shortly after the start of the trial and could be a precursor to more universities pulling their athletics programs. Universities pride themselves on their student athletes putting school first and athletics second and the result of this trial could put this priority in peril.

The bench trial ran for ten days and ended September 25, 2018. The Commissioner ruled in favor of the NCAA and defended the rule from O’Bannon restricting compensation for players, contrary to statements she made in February suggesting that paying athletes could level the playing field between schools with different resources.[18]

[2] John Solomon, The History Behind the Debate Over Paying NCAA Athletes, The Aspen Institute (Apr. 23, 2018), https://www.aspeninstitute.org/blog-posts/history-behind-debate-paying-ncaa-athletes/ 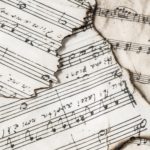 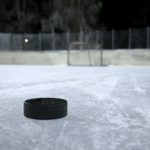