Why Fox Media Failed to Trademark the Phrase “OK Boomer”

A trademark is “any word, name, symbol or device” that a producer uses or will use “to identify and distinguish his or her goods . . . from those manufactured or sold by others to indicate the source of the goods.”[6] This definition creates a distinguishing requirement. To receive trademark protection, the mark must distinguish itself from others and identify the creator of a particular good.[7] Certain marks do not accomplish this requirement because they are slogans or commonplace terms.

Commonplace terms are phrases or words that are used by a variety of sources that merely convey an ordinary or familiar, well-recognized concept of sentiment.[8] If a term is more commonly used, it is less likely to receive protection.[9] A commonplace phrase often fails to properly identify a source and thus, it fails to meet the distinctiveness requirement. Only if a mark obtains secondary meaning can the mark qualify for protection.

The trademark application for “OK Boomer” was denied because the examining attorney found it to be a slogan or widely used term.[10] “OK Boomer” is a relatively new term that implies “repeated retort to the problem of older people who don’t get it, a rallying cry for millions of fed up kids.” [11] Although it has been sparingly used for a few years, the term gained widespread popularity this past fall with the growth of the app TikTok.[12] The song entitled, “OK BOOMER!” by Peter Kuli & Jedwill, became a popular song to sing along to on the app, and the phrase quickly caught on among younger generations.[13] The sudden popularity may explain the sudden increase in trademark applications.[14] The examining attorney cited multiple sources that had already used the term.[15] Several of these sources were television shows or other media segments similar to Fox Media’s potential use.[16]

Similarly, other famous slogans have failed to meet this distinguishing requirement. For example, Lebron James was denied a trademark for the phrase “Taco Tuesday.”[17] Cardi B was also denied when she applied to register the term “Okurrr”[18] Both marks were considered slogans and commonplace terms that did not specifically identify the celebrity.The denial by the Trademark Office was only a nonfinal action. Fox Media now has six months to respond to the action. If Fox Media does not respond to the action, the mark will be considered abandoned. Regardless of Fox Media’s actions moving forward, the term “OK Boomer” will likely not be registerable as a trademark because of its inherent inability to identify a source 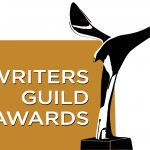 Next article - Agency-Affiliated Production Companies: A Re-telling of a 1960s Hollywood Classic? »