A ‘Cold Gun’ with a Live Round: An Accidental Shooting on A Film Set Raises More Questions Than Answers

The recent death of Halyna Hutchins, the 42-year-old cinematographer who was fatally wounded in an accidental shooting on the film set of “Rust,” shocked the entertainment industry and consumers alike. The tragedy raised countless questions about the efficacy of current safety procedures regulating the use of guns on set, as well as what specific circumstances led to one of Hollywood’s leading actors firing a live round from a “cold” gun.

On October 21, 2021, the crew of “Rust” gathered around Alec Baldwin to rehearse a scene in which he pulled a .45 Colt revolver from a holster and pointed it towards the lens of the camera.[1] The assistant director, Dave Halls, announced “cold gun” before handing the revolver to Baldwin, which indicated to the actor and crew that the gun was safe to use and did not contain any live rounds.[2] However, when the actor fired the gun, a live round discharged striking Hutchins in the chest and the film’s director, Joel Souza, in the shoulder.[3] Hutchins was airlifted to a hospital in Albuquerque where she later died as a result of the gunshot wound, and Souza was taken by ambulance to a nearby hospital in Santa Fe where he was released the following day.[4]

The Santa Fe County Sheriff’s Department is currently investigating the shooting, and district attorney, Mary Carmack-Altwies, stated that it could take weeks to months before a decision can be made about bringing criminal charges.[5] Sheriff Adan Mendoza discussed some of the initial investigation’s key findings, three of which are highly relevant in considering potential liability. First, the determination that the gun used by Baldwin contained the live round which killed Hutchins.[6] Second, two other people handled and inspected the gun prior to giving it to Baldwin: assistant director Halls, and head armorer, Hannah Gutierrez-Reed.[7] Third, hundreds of rounds of ammunition were found throughout the set, including what are believed to be additional live rounds.[8] The investigation also revealed that members of the crew had previously raised concerns about working conditions on the set.[9] Notably, at least two accidental gun discharges occurred within a week of the fatal shooting, and unresolved labor disputes led to six workers walking off the set just hours before the accident.[10]

While no criminal charges have been filed at this point, both Sheriff Mendoza and district attorney Carmack-Altwies told reporters that criminal prosecution remains an option.[11] One charge under consideration is involuntary manslaughter, which is defined under New Mexico law as, “manslaughter committed…in the commission of a lawful act which might produce death in an unlawful manner or without due caution and circumspection.”[12] Therefore, the key issue, which remains unresolved, is: how did a live round end up in the gun; and was its presence the result of a lack of due caution and circumspection. The answer to this question will heavily influence the decision to bring criminal charges, and it places increased focus on the two individuals responsible for ensuring the weapon was safe before handing it to the actor.

The protocol on set required the 24-year old armorer, Ms. Gutierrez-Reed, to open the gun and show it to Mr. Halls to ensure that no obstructions or live ammunition was in the chamber.[13] However, in a statement to detectives Mr. Halls said he could not remember if he checked every round during the inspection.[14] Ms. Gutierrez-Reed told investigators that she did not know how the live ammunition got on set, and also claimed the amount of work she had “made it extremely difficult to focus on her job as an armorer.”[15] Both individuals had previously been the subject of complaints on other film sets; Mr. Halls was fired from a movie after an accidental gun discharge injured a crew member, and Ms. Gutierrez-Reed received complaints over weapon discharges on the only other movie she has ever worked on.[16]

As for the actor, Alec Baldwin, the prospect of criminal liability seems less likely. Although the actor was the one who pulled the trigger, a court is unlikely to find that his actions rise to the level of criminal negligence required for prosecution. The gun was checked by the two workers in charge of ensuring all safety procedures were followed, and both declared it was safe to use immediately before the shooting.[17] Therefore, it is difficult to imagine what additional precautions the actor could have taken to prevent the accident, and even harder to imagine a scenario where he would be held criminally liable for relying on the safety procedures specifically designed to prevent this from happening.

Ultimately, whether criminal charges will be brought against anyone remains to be seen. While it is still unclear if the death of Haylna Hutchins resulted from criminal negligence, it is abundantly clear that some level of negligence played a role in the tragic accident, and civil litigation against the “Rust” production company will inevitably ensue. Unfortunately, the resulting litigation and industry reforms won’t compensate for the loss of life which has taken place, but hopefully meaningful change will prevent it from ever happening again. 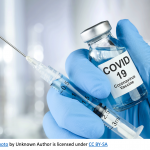 - Previous article « A Jab for your Job: Washington State Terminates Football Coach Nick Rolovich for Failure to get Vaccinated for COVID-19 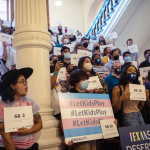