On Monday, October 25, 2021, Texas Governor Greg Abbot signed House Bill 25 into law.[1] It requires interscholastic sports teams at public schools to allow only students whose biologic sex corresponds to the designated sex of that sport.[2] The law will take effect on January 18, 2022.[3] A child’s “biological sex” is determined by their official birth certificate. The bill requires that the birth certificate was either “entered at or near the time of the student’s birth” or was “modified to correct any type of scrivener or clerical error in the student’s biological sex.”[4] This provision goes further than the current rules as adopted by the University Interscholastic League, which sets the rules for athletic competition amongst Texas’ public schools.[5] Under current rules, legally modified birth certificates are acceptable forms of identification for gender identification.[6] Thus, a student who received a sex change and modified their birth certificate accordingly was generally permitted to compete on the teams that they identified their gender with.[7]

Texas is one of at least five other states to have passed such legislation.[8] It is not the first time Texas has attempted to pass legislation regarding transgender individuals. In 2017, Texas Lieutenant Governor Dan Patrick led an attempt to pass legislation regarding transgender use of restrooms.[9] The legislation would have banned local policies which ensured access to restrooms which matched a transgender individual’s gender identity.[10] However, that legislation never gained enough support to make it onto Governor Abbot’s desk for signature.[11] The current bill’s passing comes in the wake of Texas lawmakers proposing at least 40 “anti-transgender Bills,” more than triple the next closest State, Tennessee.[12]

Supporters of HB 25 argue that it ensures fair competition in girls’ sports and supports Title IX, a federal law that prohibits discrimination on the basis of sex in education.[13] Specifically, they believe that it will prevent certain trans athletes, usually transgender girls, from having an unfair advantage.[14] Those who oppose the bill argue that this fear is not based in science, or is at least largely overstated, and believe that the alleged benefit of the bill is largely outweighed by the harm that it produces.[15] That is, the bill’s targeting of trans athletes and individuals limits their opportunities and further stigmatizes a group that needs support from its peers and teachers.[16]

Opposers of the bill are also worried that the mere proposals, as well as the passage of such “anti-trans” bills, harms those individuals affected and leads to broader discrimination and violence.[17] There is evidence linking anti-trans legislation to worsening mental health outcomes with trans individuals. A 2020 study found that bathroom discrimination significantly increased the odds of reporting a depressive mood, suicidality, and suicide attempts. [18] Also, while the data is limited and uncertain, there is some indication that those states which have introduced these bills have seen an increase in trans homicides.[19] Although it is currently unclear whether there are direct links between deaths and legislation, the general worry is that the legislation will create a broader culture validating hatred towards and violent attacks against trans individuals.[20] That the anti-trans legislation lends tacit support for viewing trans people as “others.”[21]

It remains to be seen how the legislation will be challenged in the courts, as it certainly will be. Furthermore, it will not be the first or the last bill that will be disputed. For example, a federal court temporarily halted a West Virginia bill that targeted trans student-athletes which had gone into effect on July 8.[22] In that case, the American Civil Liberties Union argued that the West Virginia Law discriminates on the “basis of sex” and “transgender status,” which violates both the 14th Amendment Equal Protection Clause as well as Title IX.[23] These arguments will likely be the basis for any challenge to the Texas law, or any similar laws in other States. Those cases have yet to reach their conclusion in the court system and the legal status of these bills remains to be determined.

[17] See Orion Rummler, Texas is Pushing the Most Anti-Trans Bills in the Country. Advocates Fear Deadly Consequences. The 19th, (Sept. 13, 2021, 3:00 AM), https://19thnews.org/2021/09/texas-is-pushing-the-most-anti-trans-bills-in-the-country-advocates-fear-deadly-consequences/. 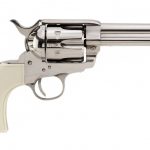 - Previous article « A ‘Cold Gun’ with a Live Round: An Accidental Shooting on A Film Set Raises More Questions Than Answers 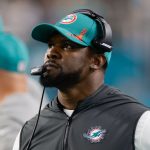 Next article - Brian Flores Lawsuit: Shining a light on injustices within the NFL and issues with the Rooney Rule »