The National Football League (NFL) culminates in a postseason format that is win or go home. The best players around the world have battled all season vying for a playoff spot. The best referees from the season are bestowed with the honor to officiate these postseason games. Imagine your team has made it to the conference’s final game where you are playing for the right to represent the conference in the Super Bowl. The game is tied on third down with less than two minutes to go, in scoring range, with your opponent only having one timeout to stop the clock. Your team throws for the first down and if completed, you would be able to run the clock down to one-second kick, an almost guaranteed field goal for the win. Your quarterback throws the ball for the first down but before the ball gets to the wide receiver the defensive player hits the offensive player with their helmet. The pass then falls to the ground and is incomplete. This hypothetical scenario became a harsh reality for New Orleans Saints fans. No flag was thrown, and the Los Angeles Rams went on to advance to the Super Bowl. The Saints went home with a loss.

An attorney has now sued the NFL in the Eastern Louisiana Court hoping that the court will force the Commissioner of the NFL to use a never before used rule called Extraordinarily Unfair Acts.[1] The rule gives the commissioner the sole power to review a play and determine if something extraordinarily unfair happened, and if so, the commissioner can have the game be replayed to determine a fair outcome.[2] The rule also gives the commissioner sole discretion when to invoke the rule and expressly forbids teams from lobbying the commissioner to invoke the rule.[3] The attorney states that the referees had an inherent bias because they were from Los Angeles and that the egregious non-call resulted from that bias, recognized or not.[4]

The attorney’s likelihood for success is bleak at best. First, courts have rarely enforced positive injunctions as a matter of public policy.[5] Second, The rule that the attorney is seeking to invoke gives the commissioner sole discretion on whether to invoke and even if they could force the commissioner to invoke the rule, the commissioner has sole discretion on what the remedy should be. This makes the likelihood of giving the Saints a make-up game slim to none.[6] Third, the pattern with the biased referees actually goes in favor of the Saints. In games that were refereed by the referees from Los Angeles, the Los Angeles Rams actually averaged more penalty yards than their opponent.[7]

Every game has a no call for a play that is a penalty by the rule book. Every penalty or non-penalty is presumed to have an effect on the outcome of the game, and if the rule were to be invoked for every missed call, the NFL would be perpetually scheduling makeup games. Fans may need to accept that there is a human element to the game such as kickers missing field goals as well as referees making mistakes as well. While the legal system is used to make parties whole that have been wronged, the courts will not intervene in this matter to give Saint’s fans a shot at the Super Bowl.

[5] Mandatory injunctions—injunctions that command the doing of an act—are disfavored because they are perceived as altering, rather than maintaining, the status quo. § 18:5. Prohibitory and mandatory injunctions, 3 N.Y.Prac., Com. Litig. in New York State Courts § 18:5 (4th ed.) 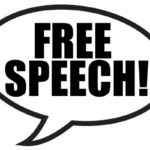 - Previous article « VULGAR, IMMORAL, AND SCANDALOUS (BUT NOT DISPARAGING) 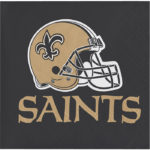 Next article - Sit Down Saints Fans: You do not have Standing to Sue »