Conservatorships and the #FreeBritney Movement

Britney Spears, a well-known pop star with an impressive list of accomplishments, cannot manage her own financial affairs.[1] Rather, she is not allowed to because of a legal instrument called a “conservatorship.”[2] In 2008, Spears was placed under a conservatorship in California.[3] Her father has maintained a role in controlling her estate as conservator since then, barring a brief hiatus he took in 2019.[4] Spears has expressed that she no longer wants her father to maintain control of her estate.[5] These events surrounding the music sensation have led to a #FreeBritney movement by her fans.[6] However, this still begs the question: What is a conservatorship?

In 2007, Britney Spears suffered a public breakdown caused by the unrelenting paparazzi.[24] In 2008, Spears’ father, James “Jamie” Spears, was appointed co-conservator along with attorney Andrew Wallet.[25] At this time, Spears’ assets were worth approximately $2.8 million.[26] In 2019, Spears canceled a major Las Vegas tour and stated she was putting her work on hiatus.[27] In the same year, Wallet resigned from his role as co-conservator.[28] In addition, James Spears temporarily relinquished his role as conservator of the person to a court-appointed private fiduciary, Jodi Montgomery, because of his physical health problems.[29] Spears’ father has not resumed his role as conservator of the person, but is still a conservator of her estate.[30] Bessemer Trust, a financial company, was appointed in November 2020 as a co-conservator of Spears’ estate.[31] In 2020, Spears’ estate was worth $60 million, according to her father’s attorney.[32] However, there is going to be an accounting hearing to review Spears’ finances on April 27, 2021.[33] In addition, Britney Spears’ attorney will file a petition to appoint Ms. Montgomery as the permanent conservator of Spears’ person.[34]

No one will know whether Spears’ father mismanaged her estate until the results of the accounting are made public after the upcoming hearing. Though, one has to wonder whether creating a conservatorship in the probate court was the best solution for Britney Spears. After her breakdown in 2007, an LPS conservatorship would have given her the rehabilitation she needed but also would have terminated automatically within a year unless it was renewed. Now, if Spears is to end the conservatorship, she must petition the court and state facts in the petition that show why the conservatorship is no longer required.[35] This inevitably leads to back and forth between the parties in court and all of these attorneys’ fees are to be paid out of her estate.[36] This problem could have been avoided at the start and judicial economy promoted via an LPS conservatorship. Hopefully, this works out well for Spears and she can go back to her normal life. #FreeBritney. 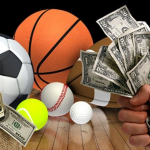 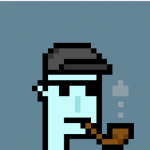