Roughly $180 million.[1] That’s a (rough) estimate of economic loss from sporting events being canceled or moved from North Carolina in protest of the state’s Public Facilities Privacy & Security Act[2], more commonly known as House Bill 2 (“HB2”) or the Bathroom Law. Enacted as a ban to keep individuals from using public bathrooms that do not correspond with their biological sex, HB2 also preempted local ordinances in the nondiscrimination field, like the one the city of Charlotte had previously passed allowing protections for transgender individuals.[3] Consequently HB2 has been widely criticized for marginalizing the transgender community, and that criticism has come from a wide range of sources.

One critic that might have been unexpected to oppose HB2 was the NBA, who dealt a heavy economic blow by pulling the 2017 All-Star game from Charlotte itself, an estimated loss of $100 million.[4] Numerous recording artists, performers, and even TV and film companies have followed suit by pulling out of scheduled work in the state.[5] But arguably the next biggest hit came from the NCAA, who to date have pulled seven events, including a set of first and second round NCAA Tournament Men’s Basketball games and the entire Women’s Division I Soccer College Cup championship.[6] Additionally, the NCAA could also decertify—and thus bar from being played—the Belk Bowl, a college football postseason game played between two Power 5 conferences in the ACC and SEC.[7] On top of that, the ACC itself has pulled all of its neutral-site championship events, another ten events in total, including the ACC college football championship originally scheduled to be played in Charlotte.[8]

Likely all of these events directly or indirectly involved substantial contractual relationships and thus some of this economic harm can and will likely be recovered.[9] But it’s fairly easy to imagine additional transaction costs incurred in pursuit of such recovery, complicated by a duty to mitigate, will still make any recoverable losses pale in comparison to projected monetary gain in the state from hosting these events.

After the NBA’s decision, North Carolina Governor Pat MrCrory called the move an “insult” and “‘total P.C. (politically correct) BS’.”[10] In a more cultured response to the NCAA’s decision, Gov. McCrory asked “all public and private institutions to both respect and allow our nation’s judicial system to proceed without economic threats or political retaliation” while those systems determined the fate of HB2.[11] But regardless of how hypocritical, or just plain wrong (much like the policy bases[12] supporting HB2) I believe Gov. McCrory is in supporting HB2, I must reluctantly agree with him in that the NBA, NCAA, ACC and others are in the wrong with their actions, and support his request to stop the economic retaliation.

In a sad irony, the majority of the economic harm caused by these groups’ action falls squarely on the city of Charlotte, a city that expressly sought to protect the rights of transgender individuals, the view point these groups support while taking action. Moreover, while the economic harm from the NBA and others taking their business elsewhere has undoubtedly caught the attention of North Carolina and others, the impact on the state’s economic situation is minimal[13] compared to the economic impact on the city of Charlotte itself. In fact, it’s likely one of the reasons why Charlotte received the 2017 NBA All-Star game was because of the city’s $27.5 million commitment of public funds to upgrade the Time Warner Arena.[14] Charlotte was likely hoping the All-Star game would provide a return on that investment, and now that the game is being played elsewhere, the city faces a substantial loss. And that loss is directly borne on the very people that supported equal protections for transgender individuals, and likely has already caused some of them to change their minds on the issue of supporting these protections.[15]

Instead of the NBA and others using the proverbial “stick” of economic retaliation, I would suggest they use a “carrot” in supporting their views on equality. First, I applaud these groups for their advocacy effort. In the modern world, these groups garner a constant mainstream media attention, and thus serve as excellent stages for advocating for social justice and change. Second, these groups have the sufficient financial resources and abilities to effectively advocate for the causes they choose to support. As a result of this unique position, these groups, when dealing with political bodies that promote policies they oppose, should, instead of boycotting, continue their normal operations while actively and very publically maintaining their opposition. Essentially, instead of harming the political body they oppose (the stick), they should provide a means to bolster and incentivize support for their cause (the carrot). For example, since the NBA has no issue incurring extra cost in protesting HB2 (as seen by its willingness to expose itself to liability for breach), why not spend that money helping with the legal costs of those opposing HB2? Or offer price discounts to potential advertising partners for taking measures to public and/or financially support transgender rights or advocacy groups? Or maybe even use the media attention given to the NBA’s All-Star Weekend to make its views on transgender rights a focal point during the event?

This approach would avoid potentially entrenching and bolstering opposition through generalized harm cause by economic retaliation, and would instead substitute that retaliation with what any minority group ultimately needs to make gains in society, a strong voice. And in the modern day, with a 24-hour news cycle consistently drawing upon celebrities, athletes or these major sporting groups for stories, there is no better platform and speaker to be that voice. But most importantly, those people and groups must use that voice effectively, remembering that “man must evolve for all human conflict a method which rejects revenge, aggression and retaliation. The foundation of such a method is love,”[16] or perhaps, a carrot.

[14] Charlotte Taxpayers Get Fouled Again On Stadium Upgrades For NBA All Star Weekend 2017, AllStarWeekendCharlotte.com (last accessed Sept. 25, 2016, 8:57 PM), http://www.allstarweekendcharlotte.com/blog/charlotte-taxpayers-get-fouled-again-stadium-upgrades-nba-all-star-weekend-2017. It should be noted the commitment of these funds was not made on reliance or condition of the 2017 NBA All-Star game being played in Charlotte. See id.

[15] See Steven Harrison & Ely Portillo, Charlotte Chamber: Let’s Hit ‘Reset’ On HB2, LGBT Ordinance, The Charlotte Observer (Sept. 18, 2016, 6:16 PM), http://www.charlotteobserver.com/news/business/article102630242.html (illustrating a call by some Charlotteans to abandon their local ordinance protecting transgender individuals in exchange for the repeal of HB2, as a means to reverse the exodus of sporting events from the city). 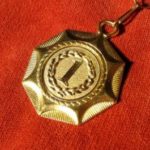 - Previous article « Winning a Medal; the Only Way to get Paid for Play According to the NCAA 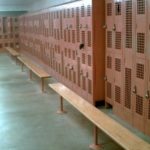