Justice Kavanaugh; A Recognized Hazard for the Entertainment Industry

Justice Brett Kavanaugh’s confirmation to the United States Supreme Court was arguably one of the most contentious and divided in America History. Of the process, Senator Chuck Schumer said, “The road that led us here has been bitter, angry, and partisan; steeped in hypocrisy and hyperbole and resentment and outrage.”[1] Jeff Flake described the process as driving the Senate to, “rock bottom.”[2] In the partisan battles over Brett Kavanaugh, many have looked to his past to determine his fitness for the Supreme Court and how they may expect him to vote on issues as an Associate Justice. On this front Entertainment employees should pay close attention to Kavanaugh’s dissent in Seaworld of Fla. LLC v. Perez, where Kavanaugh argued that OSHA protections did not apply to Entertainment workers.[3]

This case involved the death of a SeaWorld trainer Dawn Brancheau, who died when Tilikum, the killer whale, grabbed and held her underwater during a performance in February 2010.[4] Tilikum, had killed another trainer in 1991.[5] Judge Judith Rogers wrote the majority opinion that refused to remove safety requirements and upheld the citation imposed on SeaWorld by the Administrative Law Judge for violating the “general duty clause” of the Occupational Safety and Health Act.[6] The clause requires employers to make their workplaces free from recognized hazards that are causing or likely to cause death or serious physical harm.[7] Because of this particular whale’s history, and the danger of working with whales generally, this was a recognized hazard.[8]

In his dissent, Kavanaugh lumps entertainment workers in with the sports industry which is not covered by the protections of OSHA.[9] He argues that, “the Department of Labor . . . has not traditionally tried to stretch its general authority under [OSHA] to regulate participants taking part in the normal activities of sports events or entertainment shows.”[10] The Majority addresses this contention stating that, “this is hardly the first time that OSHA has regulated the working conditions of such shows.”[11]

Kavanaugh argues that sports and entertainment workers want to take part in extremely dangerous behaviors, saying that, “To be fearless, courageous, tough — to perform a sport or activity at the highest levels of human capacity, even in the face of known physical risk — is among the greatest forms of personal achievement for many who take part in these activities.”[12] In short, he believes that this issue to be decided is “when should . . . society paternalistically decide that the participants in these sports and entertainment activities must be protected from themselves — that the risk of significant physical injury is simply too great even for eager and willing participants?”[13]

The simple answer to that question is that Congress is up to the task of deciding what risk will be tolerated, and they have done so.[14] OSHA clearly decided to protect workers from occupational health and safety hazards. While there is much more danger involved with training killer whales than with sitting on the Supreme Court, SeaWorld trainers, and others in entertainment should not be left without protection of known risks. With Kavanaugh’s recent ascension to the Supreme Court he is now well positioned to strip entertainment workers of OSHA protections, subjecting them to further danger and injury as they work to entertain the rest of us. 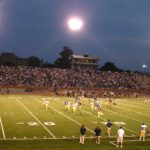 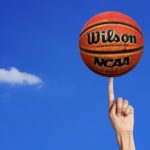 Next article - Can the NCAA keep its players from competing for cash? »