The dangers of sports-related concussions have increasingly become a national health concern. Media attention surrounding the recent class-action lawsuit against the NFL by former players has pushed this issue to the forefront of national discourse. Retired players have been battling the league for help dealing with neurological problems arising as a result of concussions sustained during their careers.[1] Although a settlement was reached, which took effect in January 2017, thousands of unanticipated claims have pushed the expected payout figure to $1.4 billion as of July 2018.[2] As the story continues to evolve, more and more people are realizing how significant and prevalent these injuries are. The 2015 film, Concussion, further highlighted this concern beyond the reaches of mainstream and sports news. It portrays the life of Dr. Bennet Omalu as he pioneered research on the brains of retired professional football players and the permanent damage caused by repeated trauma to the head.[3]

Although the long-term impact of sports-related concussions at the professional and collegiate levels have gained public notoriety, the issue with regard to youth contact sports has received far less discussion. However, in response to this greater scrutiny, the risks associated with high-school contact sports has seen growing attention.[4] This is particularly concerning in adolescents because the concussive effects are happening in sstill-developingbrains, which means that the long-term injuries may be more severe.[5] By 2014, all 50 states had already adopted concussion-related legislation aimed at protecting student athletes from concussion-related injuries.[6] Most states require that athletes suspected of having a concussion stop playing and must wait at least 24 hours to resume playing after being cleared though an evaluation.[7]

The problem lies in the implementation of these laws. In order for a player suspected of having a concussion to be evaluated by a health care provider, the possible concussion must first be recognized by a coach when it happens. Some states’ laws do not even require coaches to complete a concussion education course.[8] This is especially troublesome given that a recent study by the Mayo Clinic indicates that only roughly a third of high school athletes, coaches, and parents know that a concussion is a brain injury.[9] Players and their coaches may not even recognize concussions when they have occurred. Further compounding the problem, a recent study at the University of Washington suggests that some kids disregard their symptoms in order to continue playing.[10] The key to increasing the effectiveness of these laws is further educating coaches, players and parents on the dangers of concussions as well as research into which educational strategies are the most powerful.[11] A major hurdle that has to be overcome is the mentality associated with competitive sports – that winning at all costs and playing through injuries is expected.[12] The preservation of the student’s long-term health should be the top priority going forward.

[6] From the Legislature to the Field: “Return-to-Play” Laws and Youth Concussions, Milken Institute School Of Public Health. (Mar. 29, 2016). https://publichealthonline.gwu.edu/blog/return-to-play-laws-youth-concussions/. 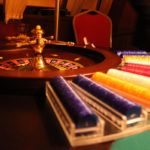 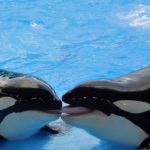 Next article - Justice Kavanaugh; A Recognized Hazard for the Entertainment Industry »