Sports fans find seemingly universal pleasure in watching their teams play, especially when their teams win. Many of these fans are extremely dedicated to their favorite sports teams. To show this dedication, fans will spend money to attend games, purchase team apparel, and so forth. What many fans fail to realize, however, is that their favorite teams often take their money in less obvious ways.

Cities and states typically grant large subsidies for new venues that host professional sports teams. These subsidies come in the form of tax-exempt bonds, which are typically repaid over many years using levies, such as sales or hotel taxes. Investors who purchase these bonds do not pay taxes on their income, which allows for cheaper interest rates and lower costs on projects. Are these bonds mutually beneficial to both team owners, who advocate for the venues, and localities to justify granting bonds to build the venues?

The argument for localities paying for these venues is that they will inspire economic development within the locality. Essentially, having a team in the locality with a new facility will encourage fans to attend home games and spend money in the area, which will provide overall economic growth to surrounding businesses.  Even fans from out of town will likely attend games, staying at nearby hotels and potentially visiting more of the city.

However,  research on the issue has found that a “city’s economy doesn’t get a bump from bringing in a new sports team or building a stadium—and [the] scarce economic-development dollars could be put to better use with other investments.” According to economist Dennis Coates, “[y]ou’re not going to get income growth; you’re not going to get tax growth; you’re not going to get employment growth.” Also, the Journal of Sports Economics studied multiple cities that gained professional sports teams and found that adding the teams, including new venues, had no “positive economic impact on the local community.” Despite this widely accepted and previous research, public financing of many professional sports venues continues.

For example, in August 2014, Wisconsin Governor Scott Walker approved public financing of $250 million for a new Milwaukee Bucks arena. The Milwaukee Bucks owners, Marc Lasry and Wes Edens, are both worth over $1 billion dollars. In July of 2015, Governor Walker cut $250 million from the University of Wisconsin’s budget and cut numerous programs from public K-12 programs, such as the Chapter 220 urban-metropolitan desegregation program.

Also, Wisconsin is currently running a structural deficit of $2 billion dollars plus. If Wisconsin is so strapped for cash that it cuts public funding for higher education, and economists have criticized the lackluster economic growth from these deals, why do states, such as Wisconsin, decide to fund new sports arenas?

A large factor when cities decide to fund new sports venues is the potential loss of their city’s sports team if the owners decide to move their operations. For instance, the Milwaukee Bucks’ owners said that they would move the team to another city, such as Seattle, if they did not secure a new arena by 2017. Another sports team owner, Mike Davis, the owner of the Oakland Raiders, said that Oakland is his first choice for building a new stadium, but if they can’t get anything done, Los Angeles is “always” on his mind. Even the Minnesota Vikings owner used a similar threat to move to Los Angeles to help finance their new stadium. These team owner threats seem to work; for example, the Sacramento Kings secured public financing partially by threatening to move the team to Seattle. In the midst of these threats, politicians consistently cave to the pressures of team owners. It seems politicians may fear that losing a beloved professional sports team will be politically damning. These threats have consistently secured billions of dollars in public financing that cities could have used for better investments. So, what can be done to prevent such leveraging from team owners?

The federal government may be able to provide support for cities that feel they are underfunded as a result of these proposals. The Obama administration’s 2016 budget proposal included a provision that bans the use of tax-exempt bonds to finance professional sports facilities. In its budget proposal, the Treasury Department argued that funding these facilities with tax-exempt bonds had “shifted more of the costs and risks from the private owners to local residents and taxpayers in general,” and that banning localities from using these tax-exempt bonds would save the federal government $542 million over a ten-year-period. Moreover, economist Dennis Zimmerman, who worked for the Congressional Budget Office, agreed with Obama’s proposed ban, stating “I’m glad he put it in the budget . . . [t]ax-exempt bonds are supposed to be for state and local infrastructure,” and not for private business.

Some believe that even Obama’s proposal in eliminating tax-exempt bonds will not prevent cities from continuing to finance arenas and stadiums because the threat of teams leaving still looms large. In addition to Obama’s proposal, other propositions have been presented, which include antitrust suits against sports leagues, permitting cities to name teams after the actual city of the venue (i.e. Glendale Cardinals), or even unionizing cities to create a uniform cap on taxpayer subsidies for arenas and stadiums. While the federal government and interested individuals create and attempt to implement solutions to prevent funneling of city dollars to sports arenas, it is important to educate localities about this issue and continue a dialogue about this problem, hopefully to create a successful solution.

Grant Cragun is a 2L at the Sandra Day O’Connor College of Law at Arizona State University. He is an associate editor for the Sports & Entertainment Law Journal. 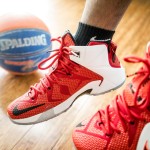