Last Tuesday, college basketball made headlines after the U.S. Attorney’s Office for the Southern District of New York presented findings from an FBI investigation that linked some of the nation’s top basketball programs to mass corruption, bribery, and fraud.[1] In sum, big sneaker companies have been accused of conspiring with agents and coaches to bribe top recruits to attend specific schools.[2] Ten individuals including four assistant coaches from Arizona, Auburn, Oklahoma State and USC have been charged with separate but related fraud and bribery charges.[3] The scheme also implicates a representative from Adidas who allegedly promised large payments to recruits and their families in exchange for signing with schools sponsored by the shoe company.[4] In addition, Rick Pitino—head coach at the University in Louisville—has not been charged personally, but he has nonetheless been placed on unpaid leave as the University has been implicated in the scandal.[5]

There is no doubt that Rick Pitino has ended his college coaching career as a pariah. After surviving a scandal involving an extramarital affair at a Louisville restaurant and denying any knowledge of escorts being provided to recruits in 2015, he exclaimed that he was “shocked” to hear about the current allegations.[6] The University of Louisville administration has finally decided to part ways with Pitino after sixteen years, one national championship, and three major scandals.[7] Before the beginning of a new era for Louisville basketball (and perhaps college basketball as a whole) begins, an important question remains: how do we fix a broken system filled with bribery and corruption? Some are calling for a “death penalty” for Louisville’s men’s basketball program.[8] But if the NCAA rids itself of the alleged key players in this scandal, including Pitino, has it solved the problem for good? Or, should we instead be calling for a death for amateurism?

The current allegations from the FBI investigation will likely only reveal the first layer of a deeply rooted problem with college basketball. Since the inception of the NCAA’s amateurism rules, organizations have made more and more money off highly-skilled teenagers who have wondered where their share in the prize is. The NCAA raked in $1 billion in 2016 on the March Madness tournament alone,[9] and coaches like Pitino are making salaries upwards of $7 million per year.[10] This is not at all to say that all coaches, recruits, and agents cheat the system. But, there is a convincing case to be made that stringent NCAA amateurism rules have caused an underground economy to develop where there is a real market for paying elite athletes under the table. And, as long as the current system is in place, there will continue to be bribery scandals in the future.

Although only four assistant coaches have been charged so far, there will likely be more to follow. The U.S. Attorney for the Southern District of New York has made clear that the investigation is not yet closed.[11] Would anyone really be surprised if this were only the tip of the iceberg? If the individuals who have already been charged are offered deals from federal prosecutors to provide details about other schools or coaches involved, the scandal could grow much larger. As of now, the career of one hall of fame coach has ended in disgrace. Only time will tell who will be next. 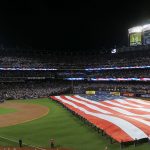 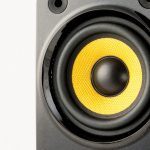 Next article - Has SoundCloud’s Plug Been Pulled? »