“The Star-Spangled Banner” playing before the start of a sporting event has been a staple of American culture since the early 1900s.[1] Standing during the playing of the national anthem has been the standard for fans and players alike at these sporting events. However, the landscape changed when Colin Kaepernick, Quarterback for the San Francisco 49’ers, took a knee during the national anthem early in the 2016-2017 National Football League (“NFL”) season to protest racial inequality in America.[2] Many fans of the NFL quickly and loudly denounced the actions of Kaepernick, yet many players in various sports leagues voiced their support for the protest and, in some instances, engaged in similar protest.[3] The majority of fans, however, overwhelmingly disagreed with the stance Kaepernick took.[4] The issue seemed to almost vanish after Kaepernick declined his player option with San Francisco and did not receive an offer in free agency.[5] Kaepernick’s protest caused the NFL to lose millions of viewers during the season.[6] At the start of the 2017-2018 NFL season, there were some players still protesting in various ways, but the noise surrounding it was comparatively mild to the previous season.

On September 22, 2017 during a rally in Alabama, President Donald Trump stated that NFL owners should fire any player who “disrespects our flag” by kneeling.[7] He also referred to the NFL players that protest as “S.O.B.”s.[8] Two days later, more than 250 NFL players and staff responded to the comments made by President Trump by taking a knee or remaining in the locker room during the playing of the national anthem that same week. It was surprising to see so many prominent NFL players and even some owners take a knee in protest. Yet, with the strong showing by the NFL teams in protest, came much more outcry from the public regarding the protests. Many cable companies rely on a NFL package that allows its viewers to watch any NFL game. However, because of the protests, at least one company reportedly has offered refunds to viewers who have been offended by the protests of the athletes.[9] The backlash from the public has put the other American sports leagues on notice.

Currently, the NBA, NFL, MLB, and NHL do not have any rule about standing for the national anthem in their CBAs. CBAs allow for players’ unions and league owners to come together and compromise on uniform procedures throughout the league.[15] Further, if a rule is collectively bargained for in the CBA, then it is exempt from anti-trust laws which is how a player would likely sue the league.[16] However, CBAs must include rules that relate to wages, hours and working conditions.[17] Adding a rule about standing for the national anthem would likely fall under the working conditions category. If the national anthem provision was added to each of the sports league’s CBA, then it would be harder for a player to openly challenge the rule without facing repercussions.

The main issue will be getting the players union to agree with the league owners on the provision. First, the league will have to wait until the CBA is close to expiring, so that it can renegotiate the terms of the CBA. During negotiations, the league will likely have to compromise with the players’ union regarding what is acceptable behavior during the national anthem. One possible compromise could be to make sure that players stand for the anthem, but can protest in other ways such as raising their fist while standing. However, if both sides cannot agree, then negotiations will reach an impasse.[18] During an impasse, the NFL and the other sports leagues can unilaterally implement the national anthem provision into the CBA, so long as the provision is a mandatory subject of bargaining that concerns wages, hours and working conditions and is not far off from what was originally offered.[19] In the present instance, if the NFL wanted every player to stand for the anthem and the players’ union refused, the NFL could unilaterally impose the rule it suggested. Thus, it is likely in the best interest of the players’ union to reach a middle ground on which both sides can agree.

Collectively bargaining the national anthem into American sports league’s CBAs would not have even been a consideration ten years ago. However, the current American social climate makes it hard to separate politics from anything, much less sports. By collectively bargaining standing for the national anthem into the CBA, American sports leagues will not have to worry about losing revenue for the fear of losing out on customers offended by the protest because protests will be eliminated. With more and more players speaking out and protesting, and league owners starting to push back, it will be interesting to see if the solution lies within the CBA.

[1] Fred Barbash and Travis M. Andrews, A Brief History of ‘The Star Spangled Banner’ Being Played at Games and Getting No Respect, The Washington Post (Aug. 30, 2016), https://www.washingtonpost.com/news/morning-mix/wp/2016/08/30/a-brief-history-of-the-star-spangled-banner-being-played-at-games-and-getting-no-respect/?utm_term=.1ecae7360d1b. 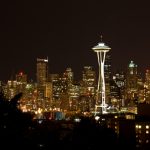 - Previous article « NFL Franchise Relocation and the Business of Loyalty 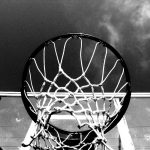