TRIAL SET FOR TAYLOR SWIFT’S “SHAKE IT OFF” LAWSUIT

Though “Playas Gon’ Play” did not see the astronomical success that “Shake It Off” did, the 3LW song did reach No. 81 on the Billboard Hot 100 chart, No. 56 on the Billboard Hot R&B/Hip-Hop Songs chart, No. 17 on the Billboard Rhythmic chart, No.7 on MTV’s TRL music video countdown, and was performed various times on national television.[5]  Because of this, Hall and Butler claim that defendants knew or should have known about the song and that it could not be used without a license or songwriting credit.[6] However, Swift claims she wrote “Shake It Off” herself and had never heard “Playas Gon’ Play,” nor of 3LW, until the lawsuit was filed.[7]

The original complaint was filed in 2017 and dismissed by U.S. District Judge Michael Fitzgerald in 2018,[8] stating that the allegedly copied lyrics were “too brief, unoriginal, and uncreative to warrant protection under the Copyright Act.”[9]Hall and Butler appealed the dismissal, which was overturned by the Ninth Circuit in 2019.[10] Swift then moved for summary judgement but was denied by Fitzgerald in December 2021.[11] Most recently, Swift’s motion to reconsider was also denied in September 2022.[12] Now, the case is set to go to trial in front of a jury on January 17, 2023.[13]If Swift loses, precedent tells us that she and the other defendants can expect to pay Hall and Butler damages and ongoing royalties from “Shake It Off.”[14]

This case will also likely have some implications on copyright law. A ruling in favor of Hall and Butler could potentially lower the bar for definitions of “original” and “creative,” expanding the scope of works that receive copyright protection. This could make it easier for artists to copyright short lyrical phrases. On the other hand, a ruling in favor of Swift could potentially raise the bar for what kinds of works are considered original and creative enough to receive copyright protection. This could allow people to avoid penalties for making slight changes to another artist’s lyrical phrase. While some legal experts predict that Swift will prevail,[15] the decision will ultimately be up to the jury. 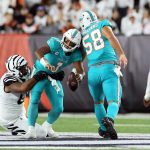 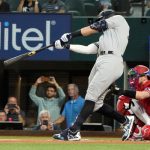 Next article - YOU BE THE JUDGE: WHO HAS TRUE OWNERSHIP OF AARON JUDGE’S 62ND HR BALL? »